At the start of November, Cal Poly celebrated Día de los Muertos, or Day of the Dead, a Mexican holiday in which families and communities honor the memories of lost loved ones. The campus celebration was sponsored by the new Latinx/e Center for Academic Success and Achievement (La CASA).

“We’re always looking at ways in which we can uplift our cultura in ways that honor these traditions,” said Daisy Paniagua-Uribe, coordinator for Latinx Initiatives at Student Diversity and Belonging.

The event, centered in the University Union Plaza, featured a large ofrenda, an altar where students and the larger campus community placed pictures, flowers and tributes to loved ones who have passed. Student cultural groups including Latinos in Agriculture, MEXA and the Latinx Business Student Association, as well as the Chicanx/Latinx Faculty and Staff Association participated, decorating the campus ofrenda and providing information to visitors.

La CASA also partnered with the Multicultural Center and the ASI Craft Center to host workshops on making and decorating the sugar skulls that are traditionally part of Día de los Muertos celebrations.

Cultural celebrations like this are especially important at Cal Poly, where Latinx-identifying students make up a relatively small but growing portion of the campus population.

“It’s exciting to see the response and engagement that we’ve had, not only from students who identify as Latinx, but also other folks who are eager to learn more about these traditions,” said Paniagua-Uribe. “We want to support our students and celebrate our culture, while at the same time educating folks and ensuring that Cal Poly's culture of care continues to grow.”

Take a look below at a few moments from the celebration. Photos by Dylan Head and Andy Sherar. 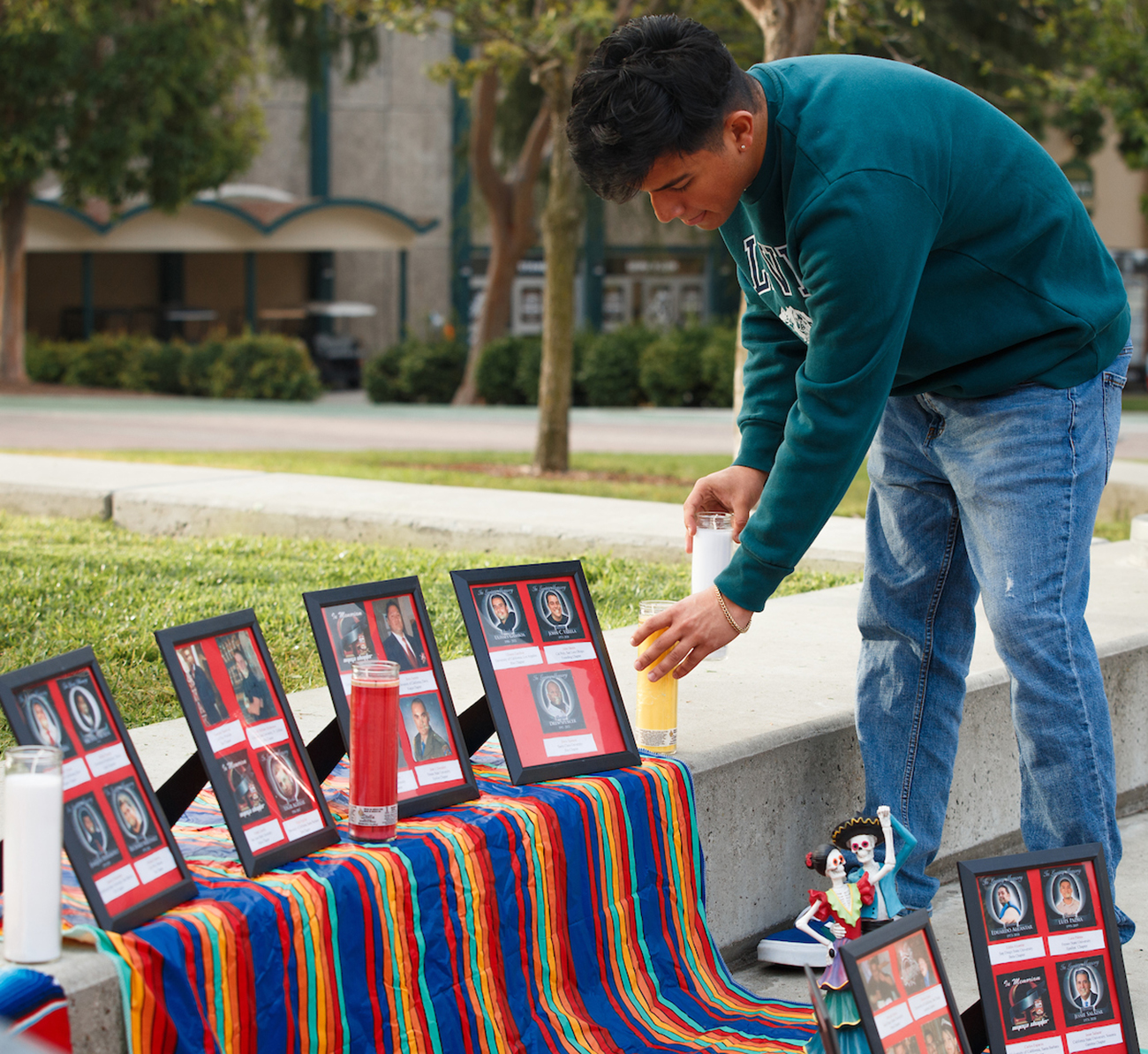 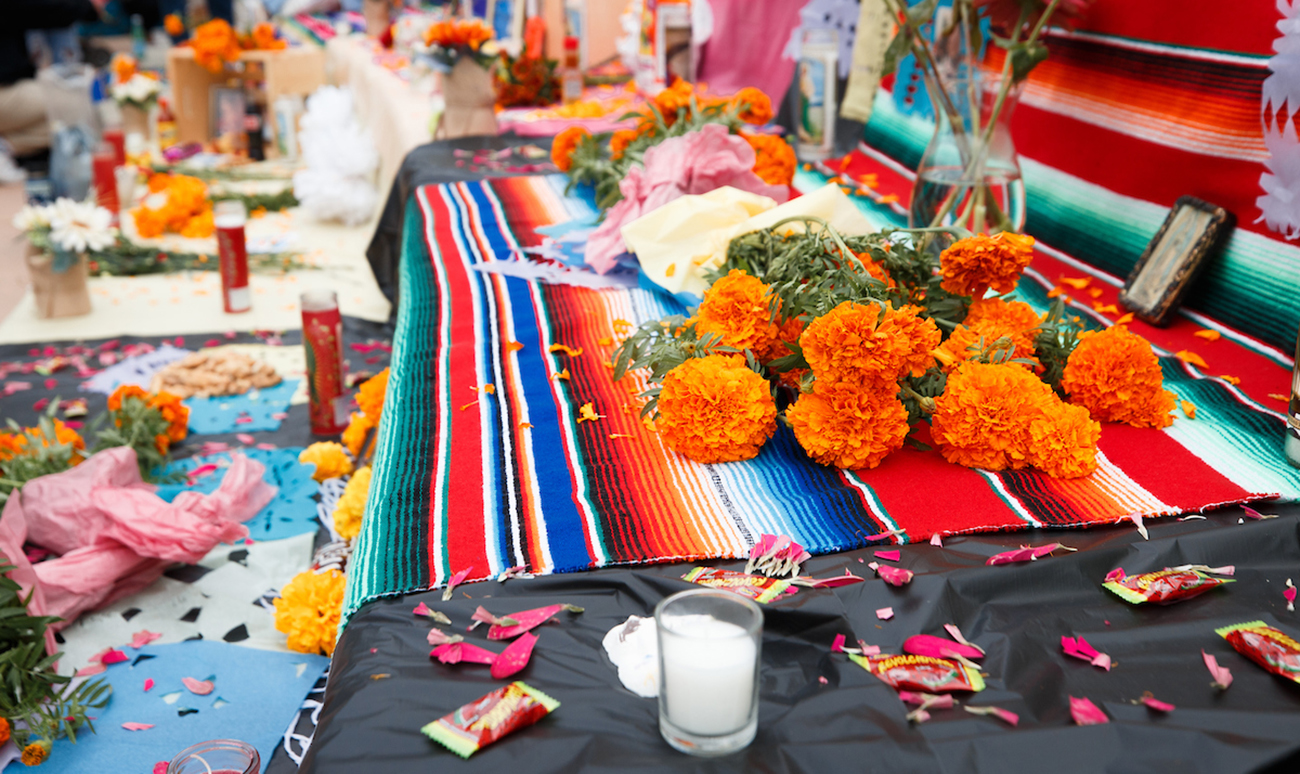 The University Union Plaza hosted dozens of outdoor ofrendas during the celebration. 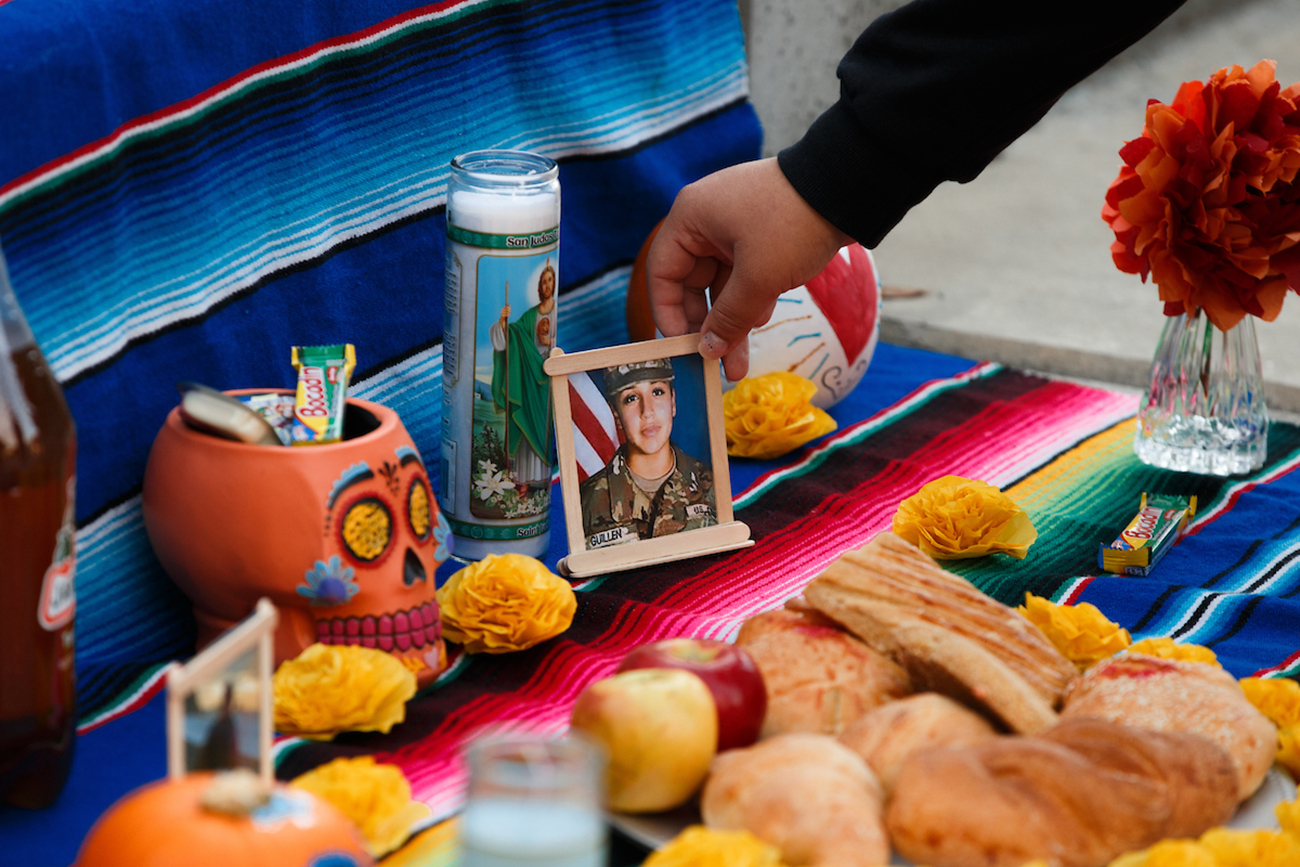 An ofrenda featuring the iconic colorful skulls and sweet pan de muerto, or bread of the dead 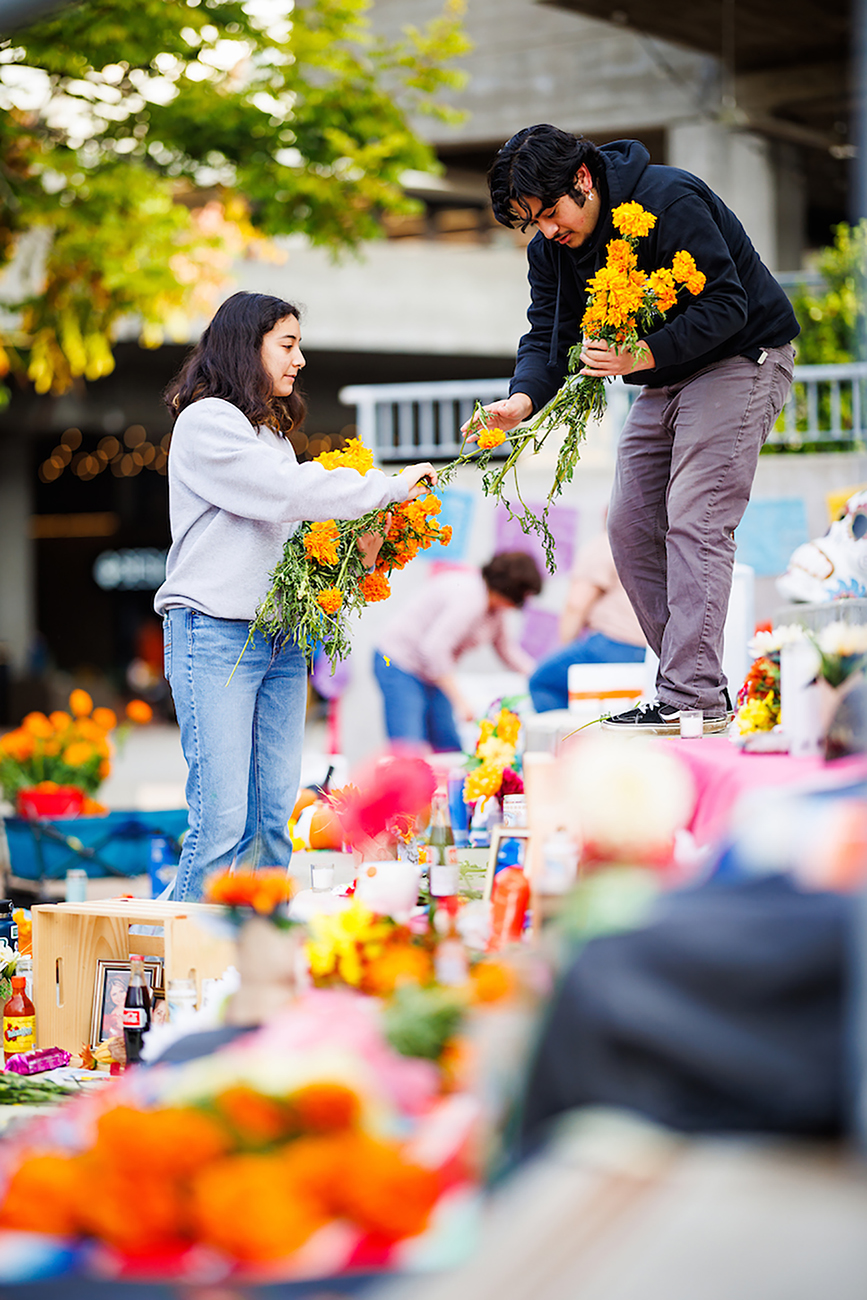 Students from a variety of campus cultural clubs worked together to set up the ofrendas and provide information to visitors throughout the day. 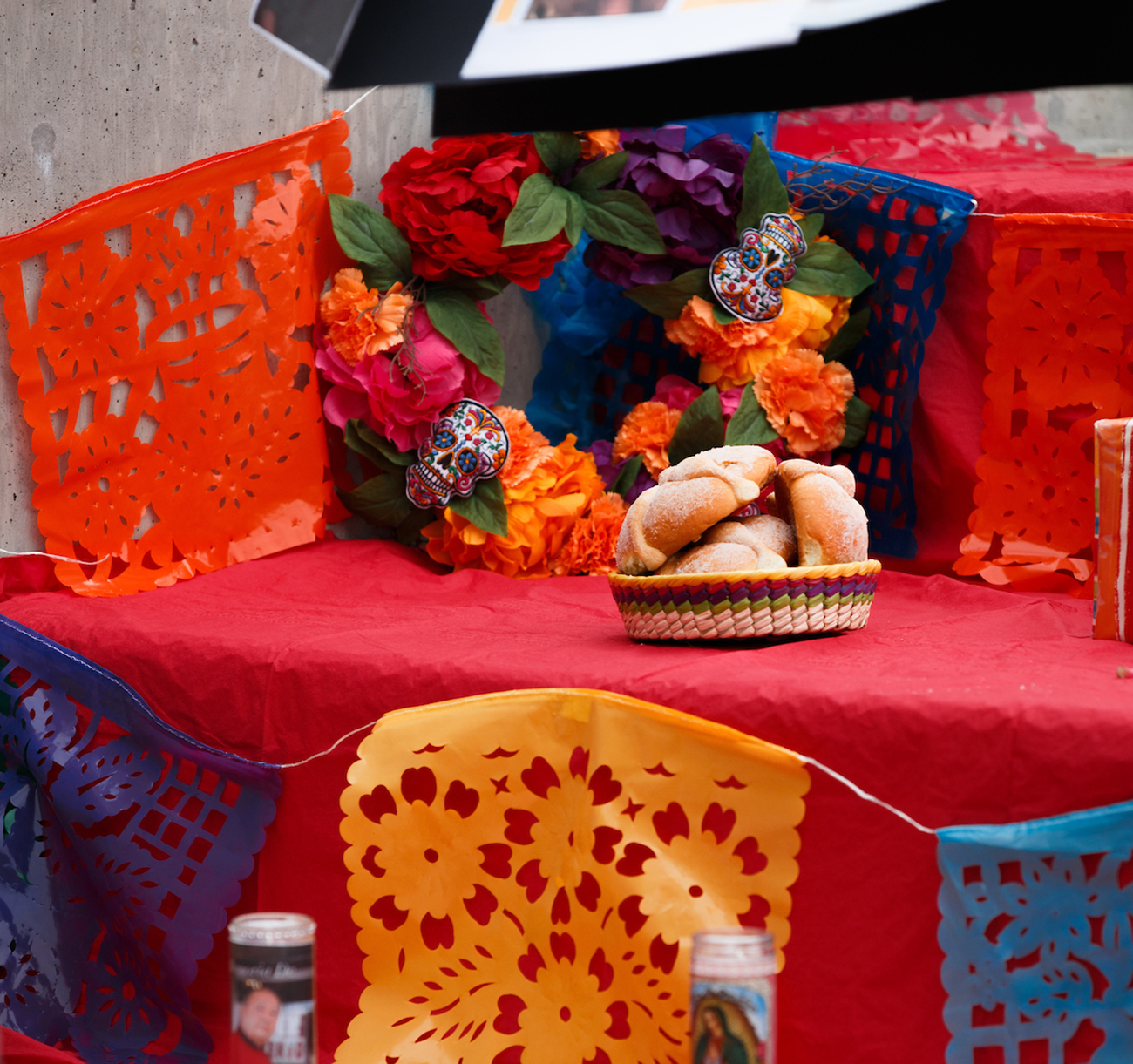 An ofrenda decorated with a flower wreath and a basket of pan de muerto. 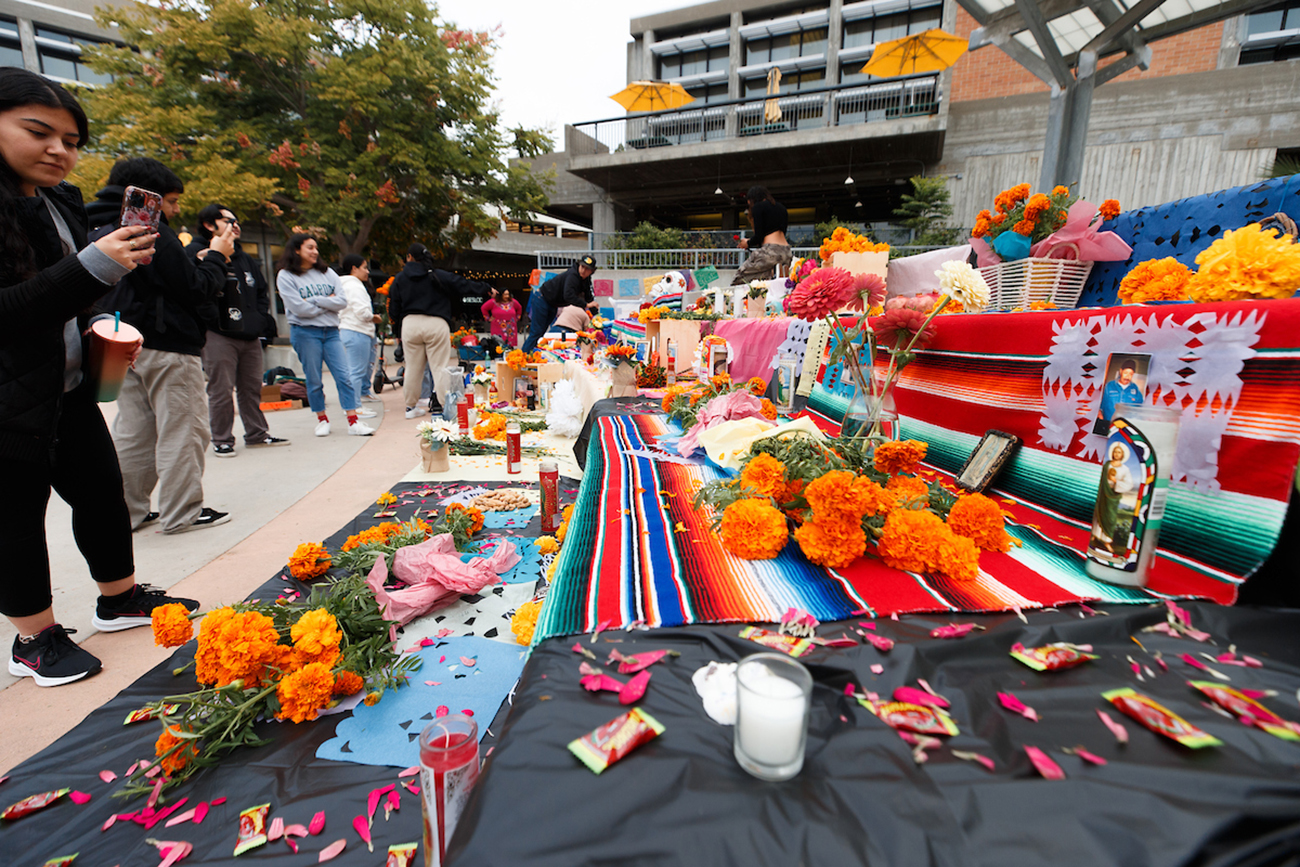 Students gathered throughout the day to view the ofrendas and pay their respects to the loved ones being honored. 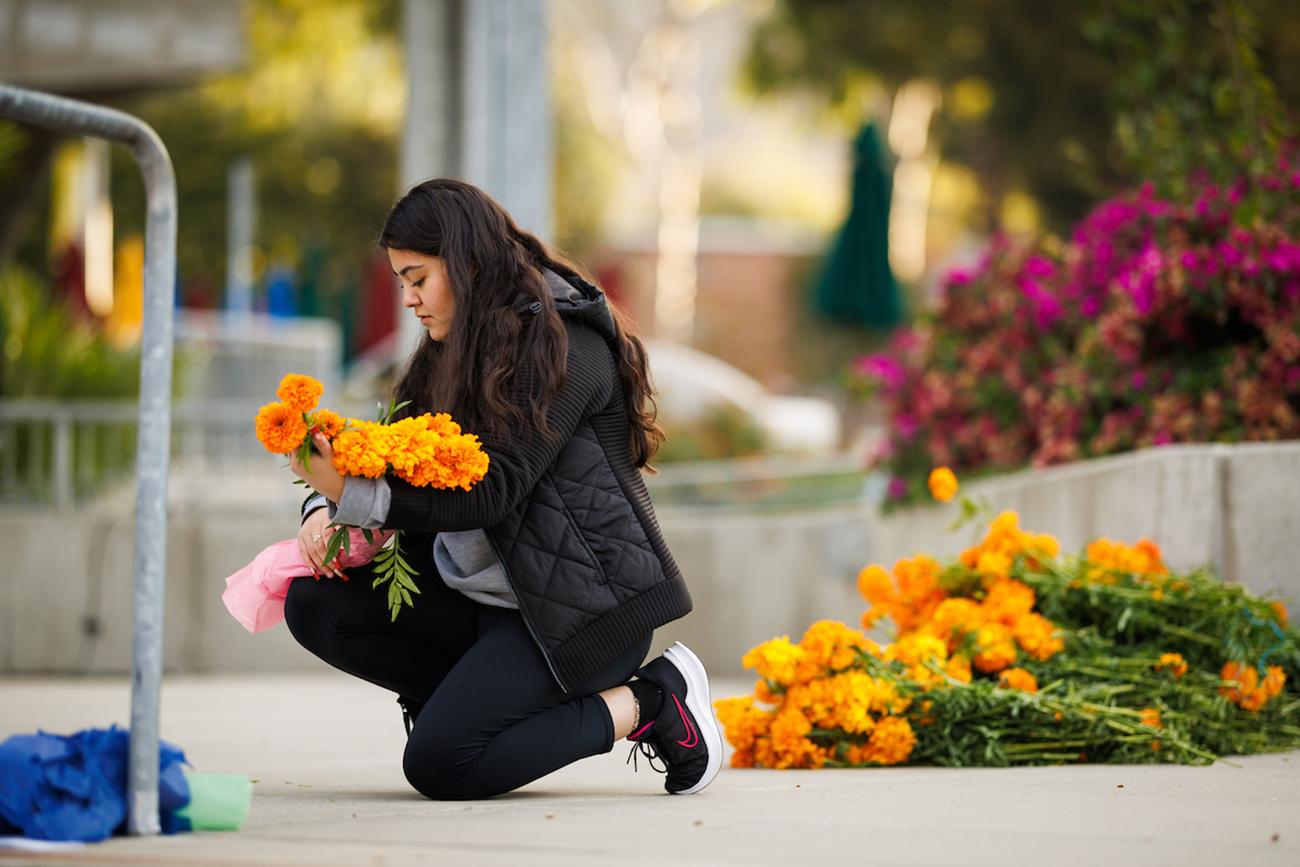 Marigolds, or cempasúchil, have long been a part of Día de los Muertos celebrations, representing a link between the dead and their living loved ones.

Being In the Room: Meet New ASI President Gracie Babatola