The 80th annual Poly Royal Rodeo will commemorate eight decades of history this spring in the place where it all began: at the Cotton Rosser Rodeo Complex on campus.

The Poly Royal Rodeo Finals, open to the public, will be held at 6:30 p.m. Saturday, April 9, and will be followed by a concert by a headlining country music band, which will be announced soon.

“This is our big comeback event,” Coach Ben Londo said. “These students have been working hard behind the scenes for the last two years while COVID-19 precautions limited their ability to compete. Now, they get to shine.”

A special guest will also participate in this year’s Poly Royal Rodeo.

The Cal Poly Rodeo Team has been working with the Make-A-Wish Foundation to fulfill the wish of 12-year-old Maddie Owens, of Winton, California, who at age 10 was diagnosed with Ewing sarcoma, an aggressive form of bone cancer. After treatment, surgery, and the fortunate circumstance of an early diagnosis, she is now ready to saddle back up and spend more time doing what she loves — riding horses.

With the help of Sierra Spratt, assistant coach and member of the Cal Poly Rodeo Team, Maddie was invited to practice on campus several times leading up to the big event. She will make a cameo appearance as barrel racer as a special guest of Cal Poly.

In recent years, the annual Poly Royal Rodeo offered two full nights of entertainment at the Spanos Stadium. However, a $3.2 million turf replacement project has temporarily closed the stadium — leading the event back to the campus rodeo grounds where it originated 80 years ago.

To accommodate the expected large crowds, a special ASI-sponsored student night has been added to the week’s offerings on Wednesday evening. The Saturday evening event is slated for 6:30 p.m. April 9. Tickets are $20 for children ages 2 to 12; and $40 for general admission. Admission is free for children under 2.

Tickets are now on sale and can be purchased at https://bit.ly/PolyRoyalRodeo2022.

All proceeds from the event will benefit the Cal Poly Rodeo Program. 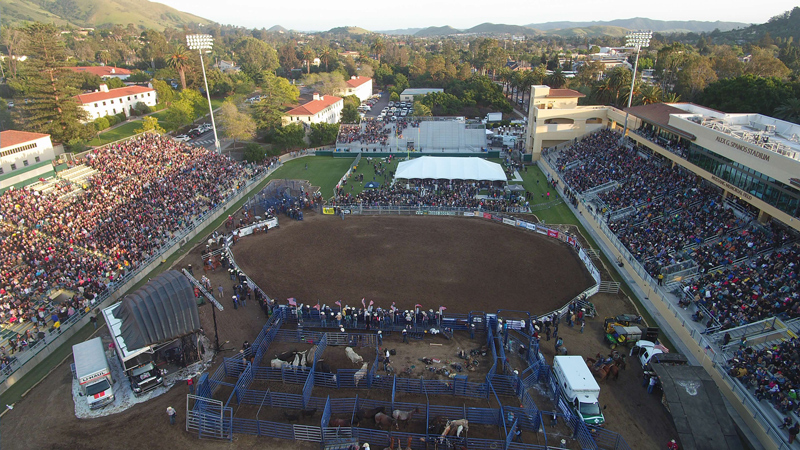 An aerial view of the Poly Royal Rodeo in 2017, when it was held at Spanos Stadium. 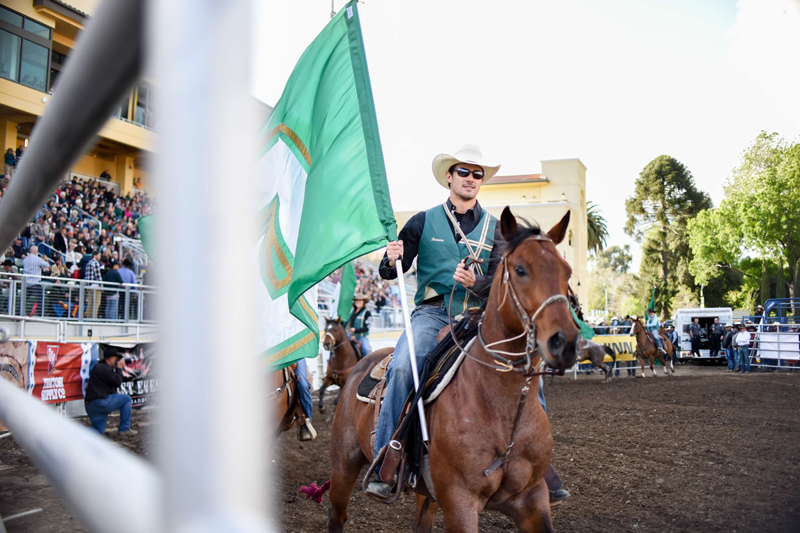 A student rides a horse and carries a flag at the Poly Royal Rodeo in 2017. 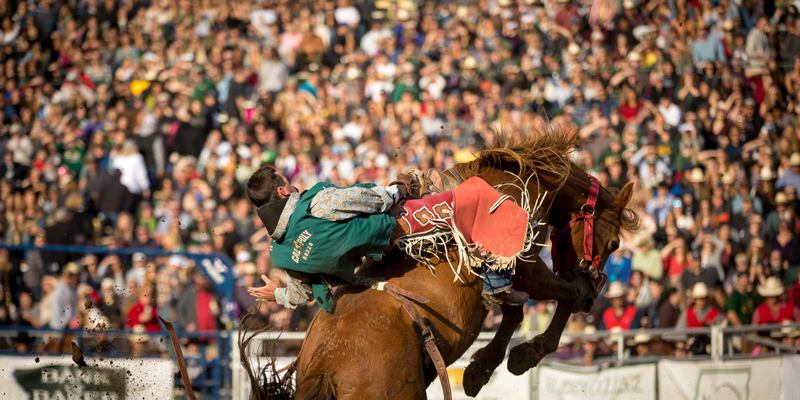 A student rides a horse as spectators watch during the 2018 Poly Royal Rodeo. 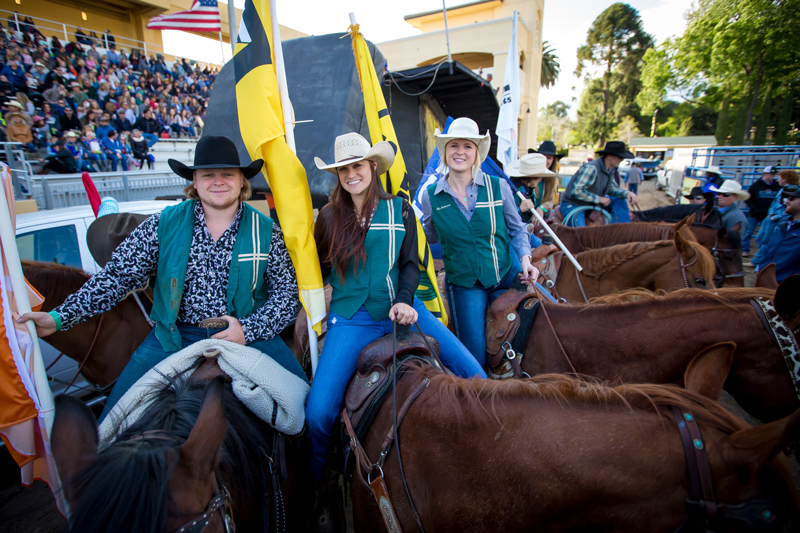 Cal Poly students smile for a photo on their horses at the 2018 Poly Royal Rodeo, held in Spanos Stadium. 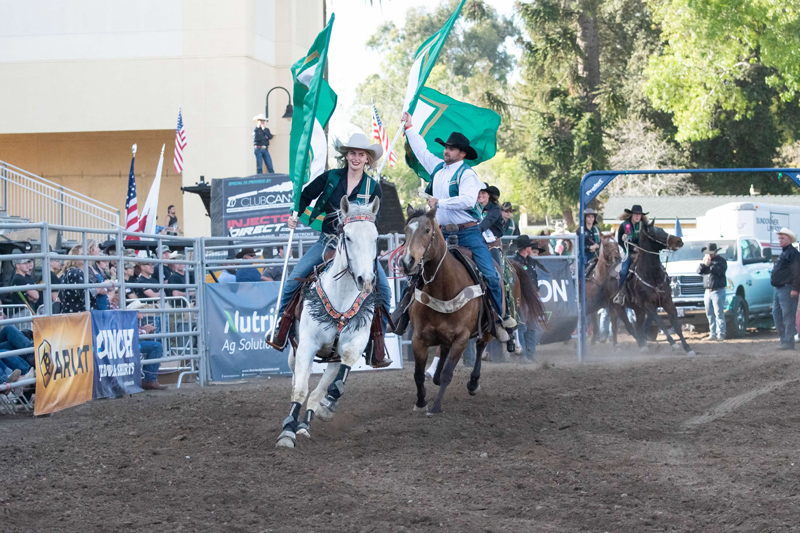 Students ride horses and carry flags around the arena at the 2019 Poly Royal Rodeo. 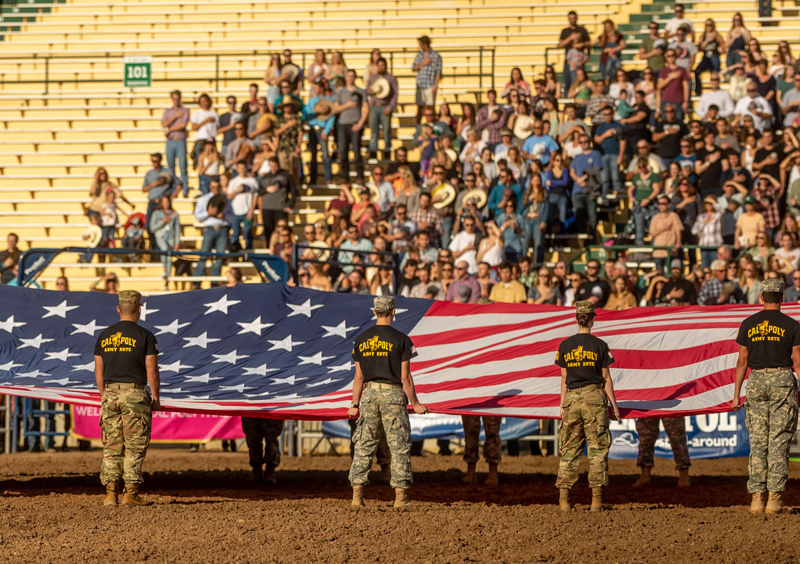 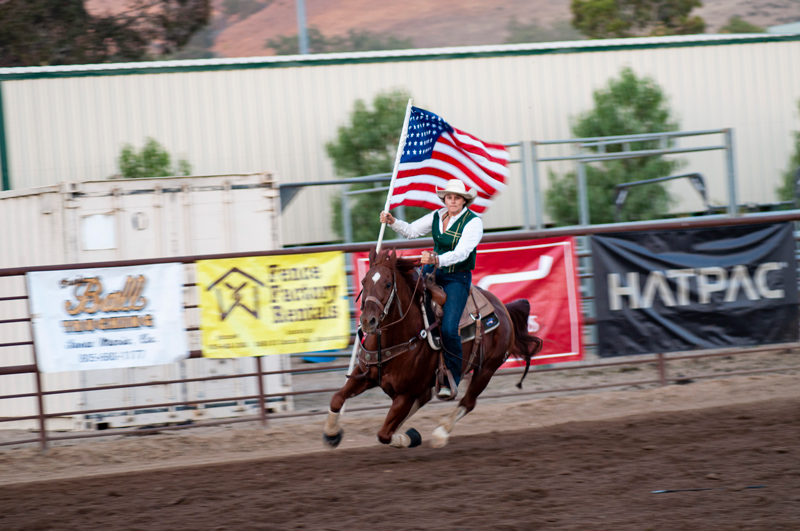 A student carries the American flag as she gallops around the ring in 2021. 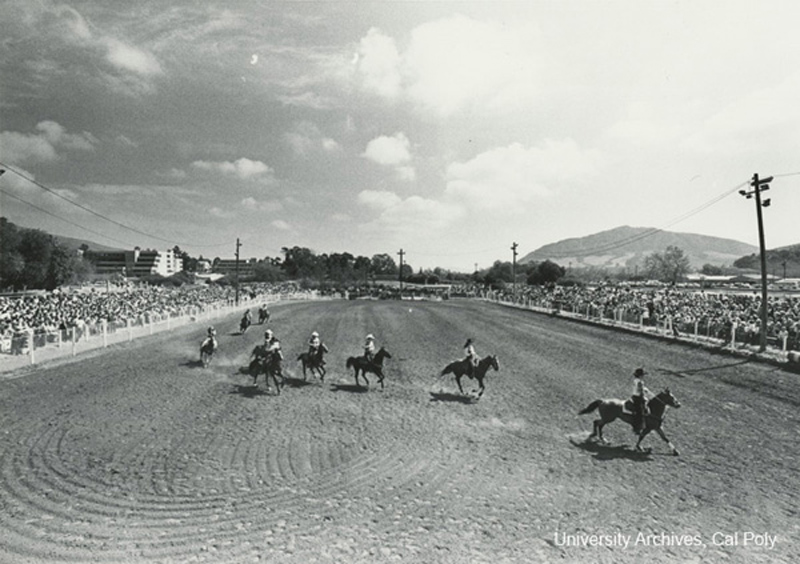 An archival image showing rodeo participants in an undated photo.

A woman races her horse around a barrel in an undated archival image of the Poly Royal Rodeo. 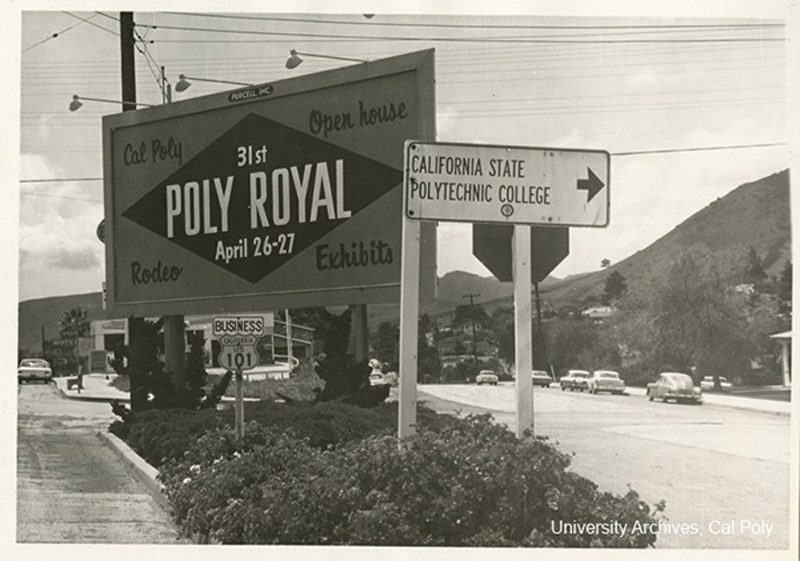 An advertisement for the 31st Poly Royal Rodeo on a billboard in San Luis Obispo.