As fireworks popped and crowds cheered, Cal Poly’s Mustang Band and the university’s cheer and dance teams marched among brightly colored floats and dragon dancers as they helped celebrate the Year of the Tiger at the Alaska Airlines Chinese New Year Parade in San Francisco. The parade, which returned on Feb. 19 after a pandemic hiatus in 2021, marks the marching band’s seventh time participating in the Lunar New Year celebration.

Preparations for the parade began a month in advance: each Sunday consisted of lengthy music rehearsals, drills on marching technique and laps in formation to build endurance. Training was challenging — but worth it — to pull off a spectacular show.

Once in San Francisco, the performers began the day with a friendly tradition: jamming with the UC Davis Marching Band in front of the landmark Ferry Building on the San Francisco Embarcadero. Drum major Natalie Tokhmakhian, a third-year electrical engineering student, said the gathering helped set the tone for the night as each band tried to out-play the other.

“Not only was it a great way to convey the energy and excitement that the bands had for the parade,” she said, “but we also had many supporters and fans come out and enjoy the music!”

"The crowd in San Francisco was phenomenal. We had an incredible amount of support every step of the way." – Natalie Tokhmakhian, drum major

“It's a balance between chaos and order,” says color guard member Clara Hickox, who marched in the parade for the second time this year. “One minute we're all running around or interacting with the crowd — and the very next second we are all in line marching the same exact step at the same time, ready to perform a song.”

Tokhmakhian and the other drum majors led the march while wowing the crowd with spins, tosses and behind-the-back passes of the mase, the ceremonial baton. She said her most memorable moments of the parade came when performing a cadence called “Tik-Tok,” which allows for sections of the band to briefly fall out of the parade block to show off their top-notch dance moves.

“A personal favorite is called ‘The Proposal,’ in which the drum majors would run up to a random audience member and ask, ‘Will you marry me?’’ recalled Tokhmakhian. “The crowd reactions were priceless!”

During another part of the parade route, Emma Jorgenson, third-year architecture student and saxophone section leader, remembers making the night of a young spectator.

“We were on a narrower portion of the street, and there was a dad holding his daughter up so she could take a picture,” said Jorgenson. “At that moment we called the move ‘Panic,’ when we stay in the block until the last possible second and then run around screaming until we have to be back in marching formation. It was really fun to be able to single her out and really make her feel a little bit special.” 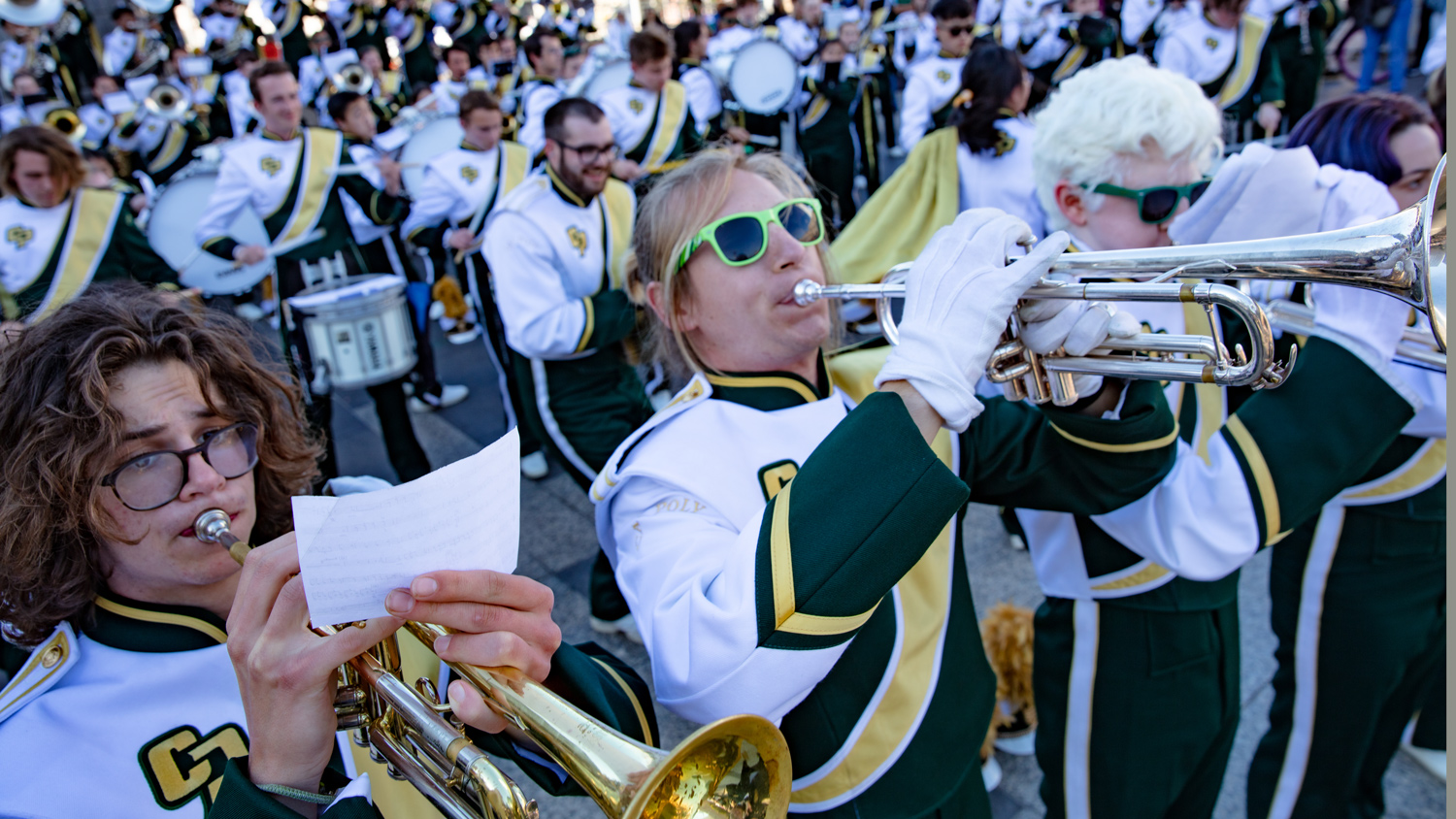 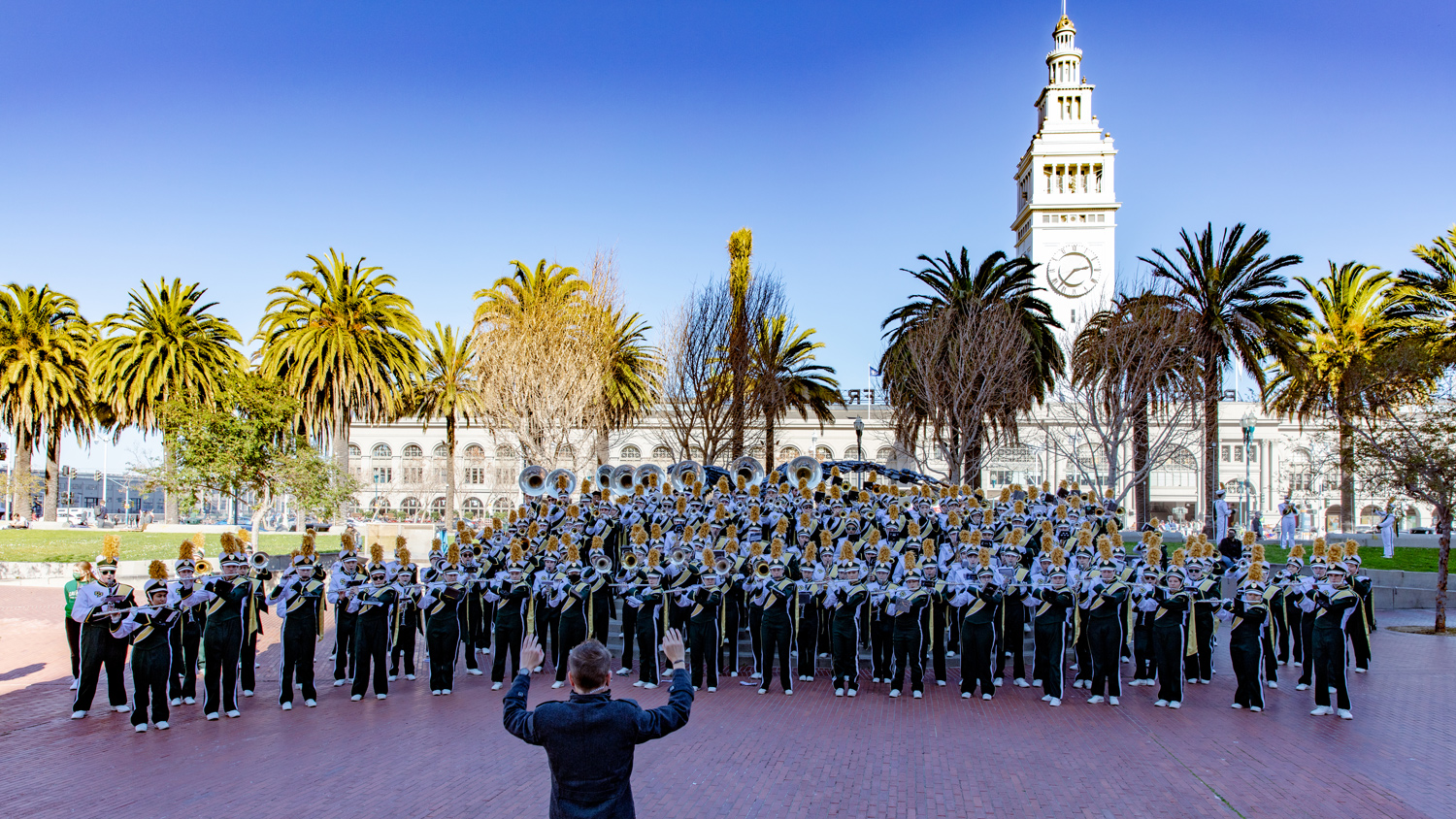 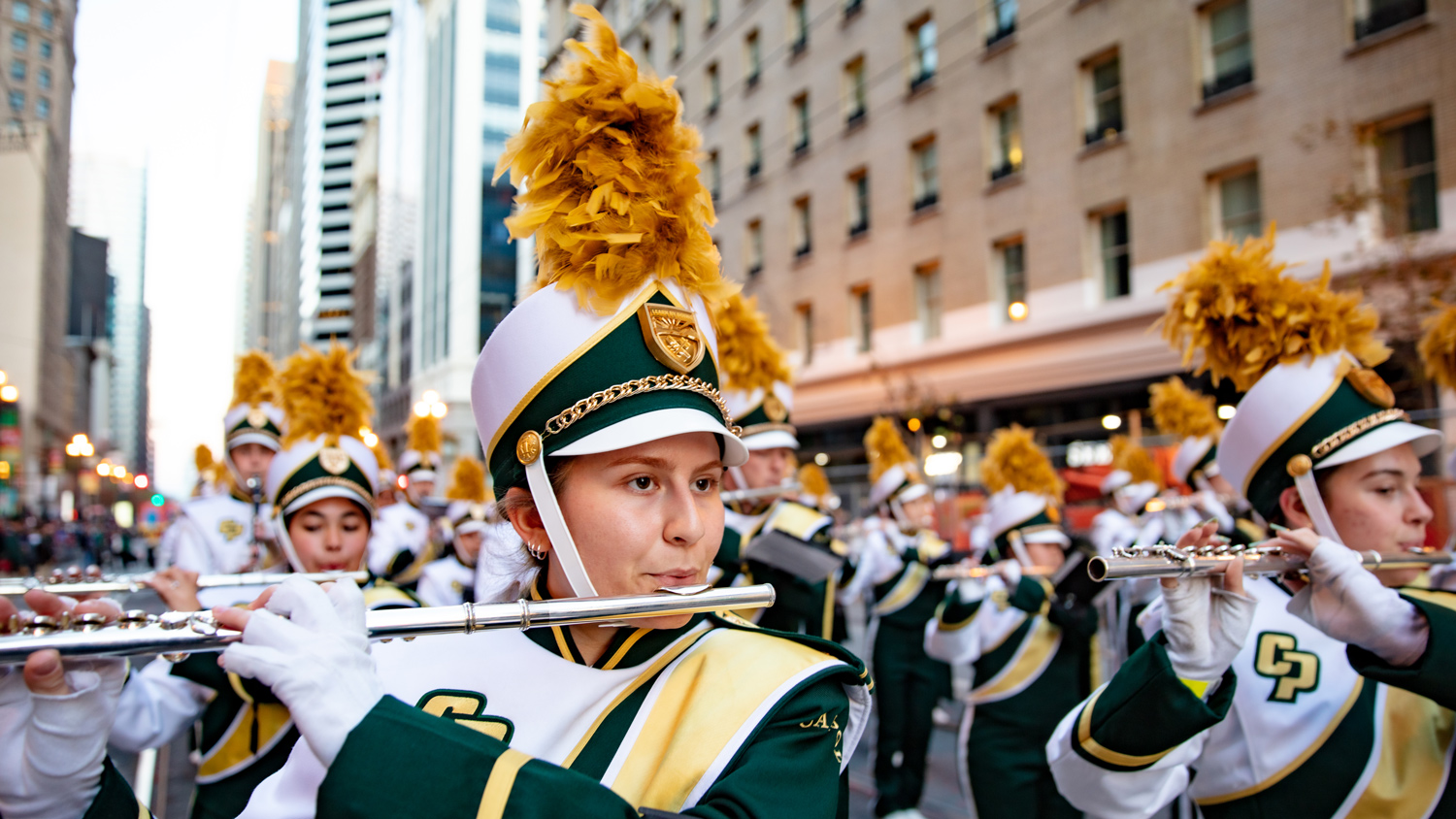 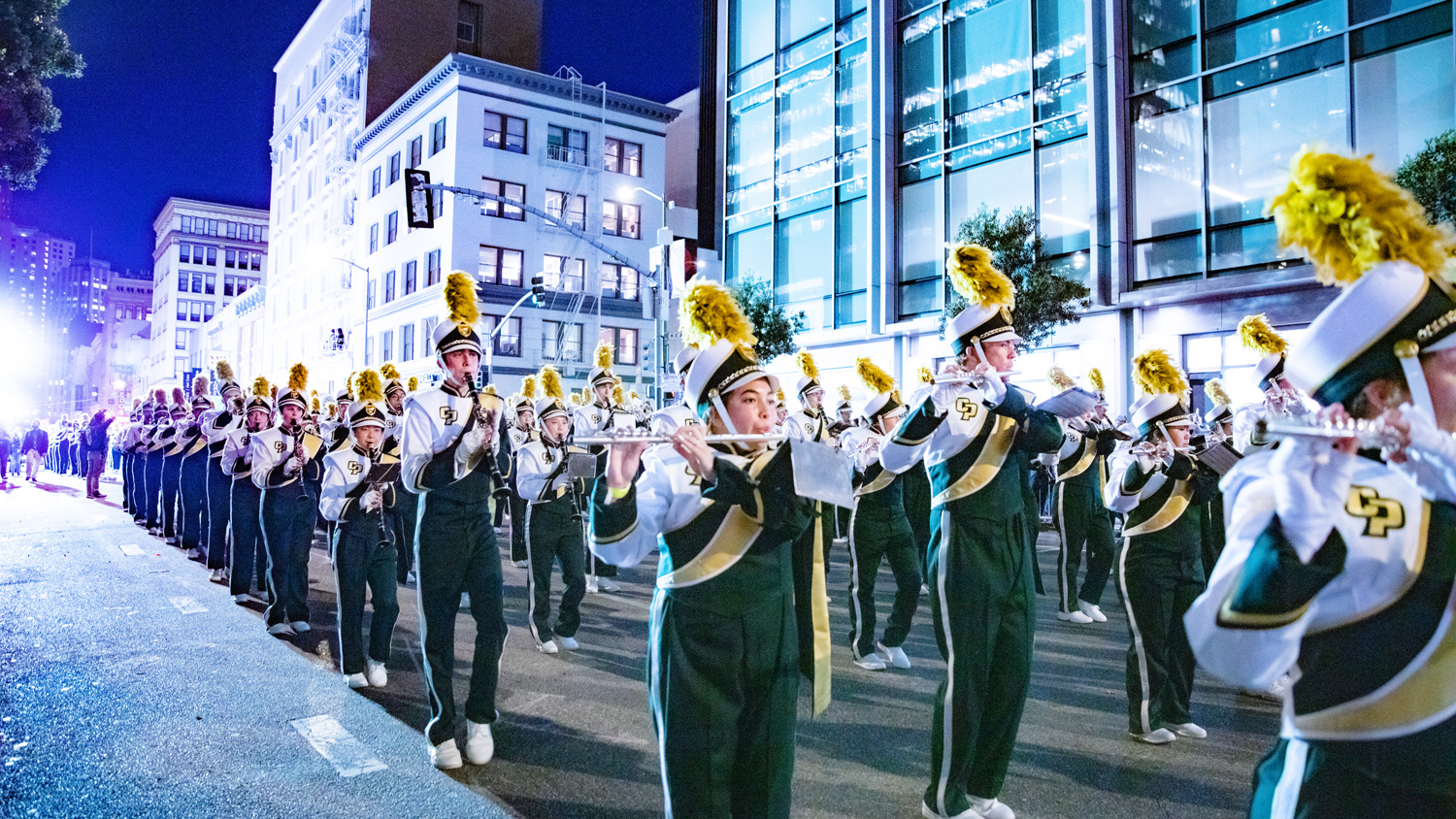 Mustangs said the energy of the crowd and the thrill of performing under city lights to celebrate the holiday motivated them to do their absolute best following the parade’s 2021 hiatus.

“Everyone was so excited to see us,” Hickox said. “I've never had so many cameras on me! We represent Cal Poly so we had to be at the top of our game performance-wise. It's so rewarding and fun to be received so positively by the people.”

According to Cal Poly’s Music Department, the parade began in the 1860s as a means for Chinese community in San Francisco to educate and share their culture with the greater community. The parade and festival have grown to be the largest celebration of Asian culture outside of Asia. Today, it has emerged as one of the top 10 parades in the world by the International Festivals and Events Association.

“For Mustang Band this is a chance to be a part of something that can be a tradition for people’s Lunar New Year celebrations, and I think that’s really special,” said Jorgenson. “It’s also a chance for us to bolster a community other than our own with something that really is joyful and happy in a world where it’s hard to find that joy sometimes.”

The band represents 220 members from different academic disciplines who spread Mustang spirit at about 50 occasions on campus throughout the year, including athletic events and university functions. Unique experiences, like the Chinese New Year Parade, stay with each member long after the last firework explodes and the confetti is swept up.

“To me personally, being a part of something so unique to the Mustang Band is really fun,” said Hickox about the parade experience. “We all put in a lot of work to make a good, cohesive performance, and being in San Francisco at this huge event means a lot to everybody in Mustang Band.

“It's about coming together and making something worth remembering and passing on to the next generation of Cal Poly students.”

Still looking to catch the parade? Check out the parade’s Facebook page for the livestream video. Cal Poly appears at the 1:02:30 mark.

A Recipe for Revitalization: How One Student is Helping Preserve Indigenous Food and Language

A new kids book by a Cal Poly professor and a recent grad highlights how interconnected an ecosystem can be.

Don't Stop the Music: How Jazz Ensembles Kept the Groove Going in a Pandemic

Ask an Expert: What Makes Online Misinformation So Dangerous — And Shareable?