Cal Poly Biological Sciences Department researchers have set up the first livestream of rattlesnakes in the wild.

During daytime hours, viewers can see expectant mother snakes at a large communal nest on California’s Central Coast, and, in days, their pups.

“Rattlesnakes are portrayed on television programs as bloodthirsty, aggressive beasts; nothing could be further from the truth,” said biology Professor Emily Taylor, who leads the research team. “I hope that by watching rattlesnakes behaving as they actually do, with mothers taking care of their pups and even babysitting for each other, people might think better of rattlesnakes.”

Taylor expects the pups to be born in the next few days and to remain at the rookery with their mothers through mid to late September. After that, the snakes will disperse through the countryside is search of food through late fall and then enter hibernation until spring. The camera will be turned off from the end of September through next spring.

The livestream is part of Project RattleCam, a community science project in which the public helps scientists study rattlesnakes. The project has collected time-lapse images taken in Colorado; the livestreaming camera in California is the latest addition.

“We hope to eventually install cameras on snake aggregations all over the world to help us better understand the behaviors of these complex, social animals,” Taylor said. 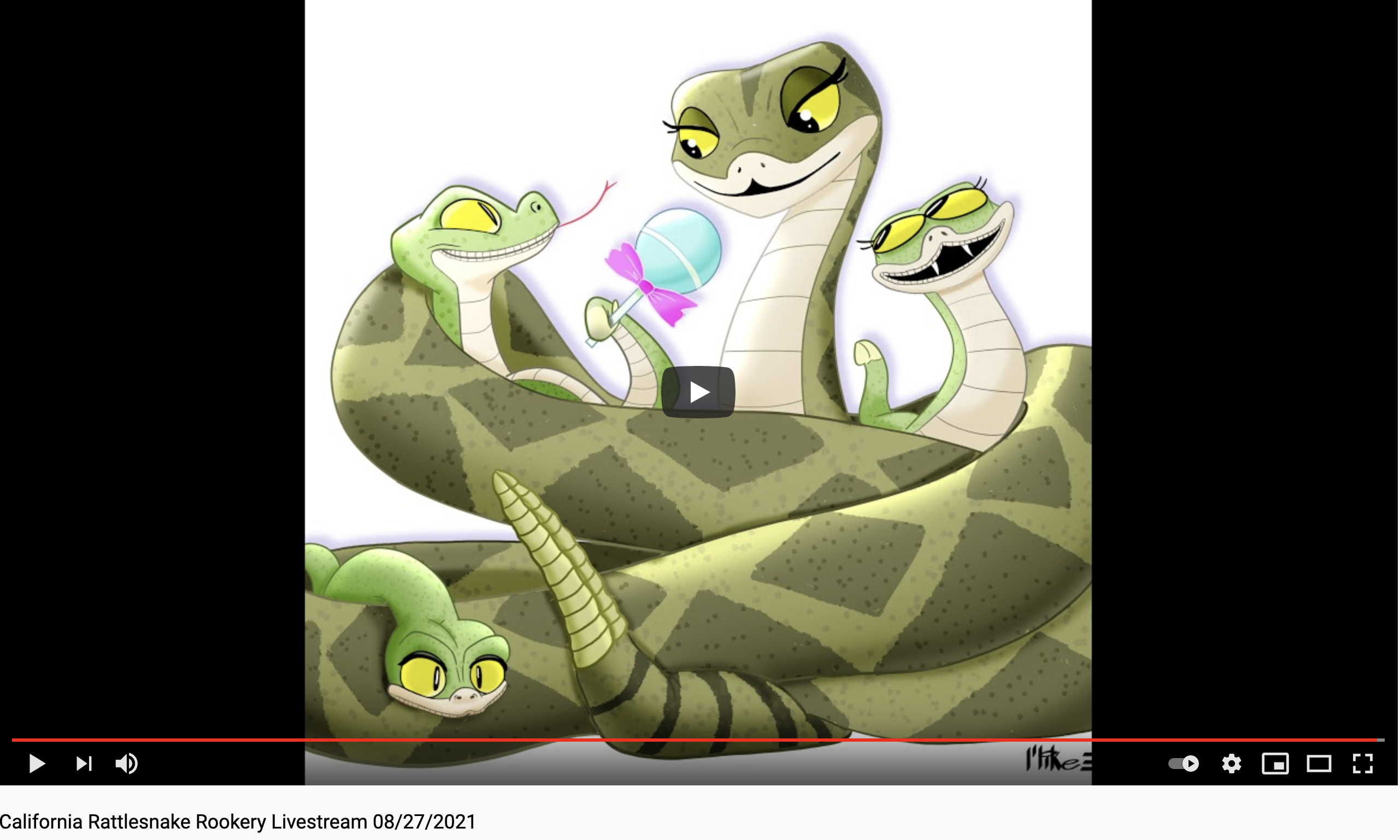 The California rookery is in an undisclosed location on private land on the Central Coast. The research is funded by a grant from the Cal Poly Research, Scholarly and Creative Activities Grant Program.

Back to Back Blooms: Another Corpse Flower Comes Alive For Third Straight Summer