How much do you love your major? Have you decorated your water bottle or your laptop with sayings and imagery that relate to it?

How about tattooing it on your skin?

In April, we spoke with students, faculty and staff members who are so passionate about what they do at Cal Poly that they have tattoos celebrating their chosen fields. We published some of those stories in the spring issue of Cal Poly Magazine. In honor of National Tattoo Day on July 17, here are a few more Mustangs sharing their academically-inspired ink. 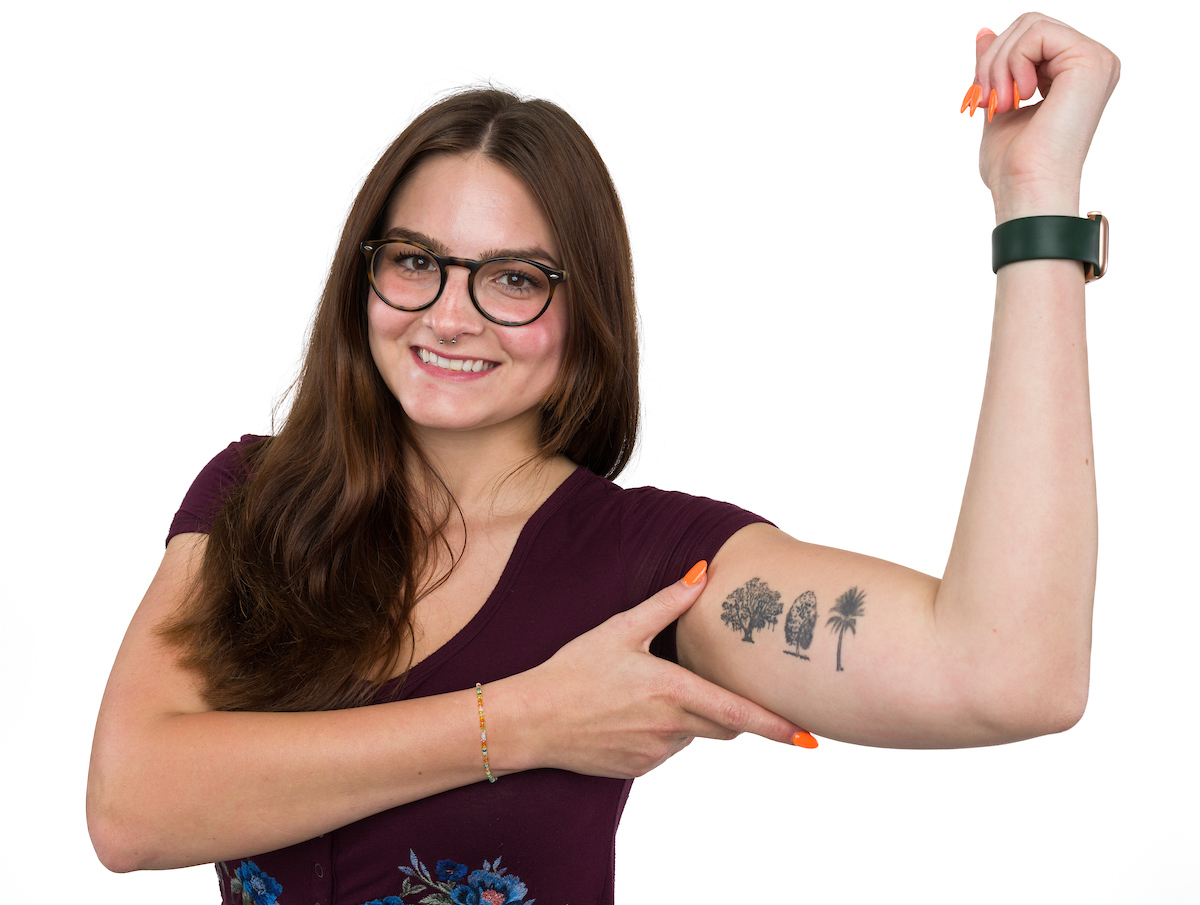 The three trees on Hauft’s arm signify the places she’s lived. The southern live oak and magnolia tree represent Savannah, Georgia, where she grew up, while the Mexican fan palm, common in San Diego, represents her move to that city when she was 13. “This tattoo symbolizes my passion for the environment and my appreciation for those tree species, as well as representing places I love,” she said.

“When I was a kid, I loved playing with Legos so much that when I was in trouble, my mom would kick me out of my room instead of into it,” says Hunt. He’s still proud of his most ambitious childhood Lego project: a massive Imperial cruiser from Star Wars that took him weeks to assemble. That passion for figuring out how things fit together has served him well as an engineering student. He plans to go into parts manufacturing and design after college. 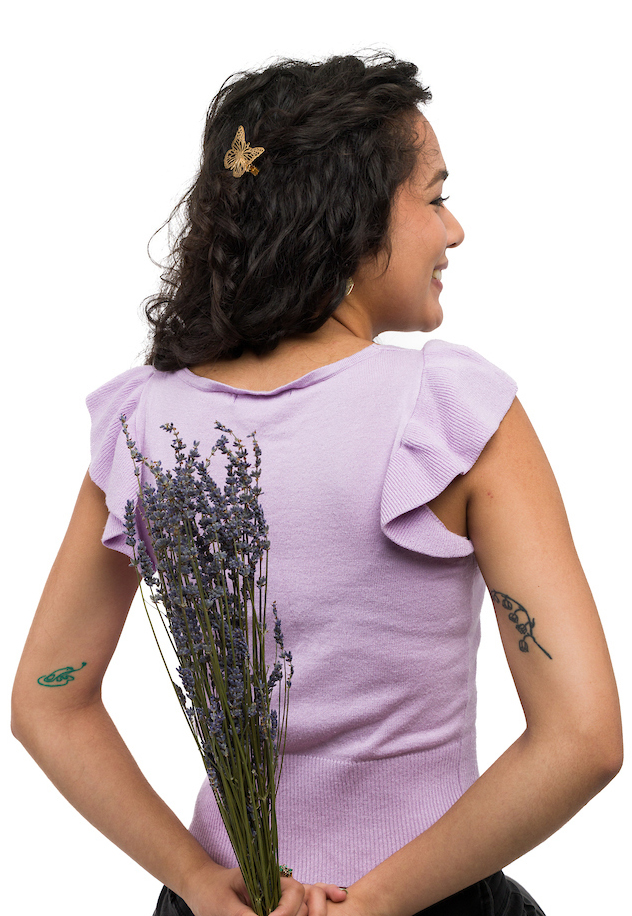 A lifelong love of plants and animals led Placencia to study natural resources management. Her favorite habitat to study — riparian zones along river banks — inspired her frog tattoo, and her lily-of-the-valley tattoo reminds her of the peace and quiet of the woodlands she wants to protect in her future career. After graduating, she plans to pursue graduate studies and become an environmental specialist. “I love the idea of being proactive in protecting the environment — it’s my way to have a voice in the future of our world,” she says. 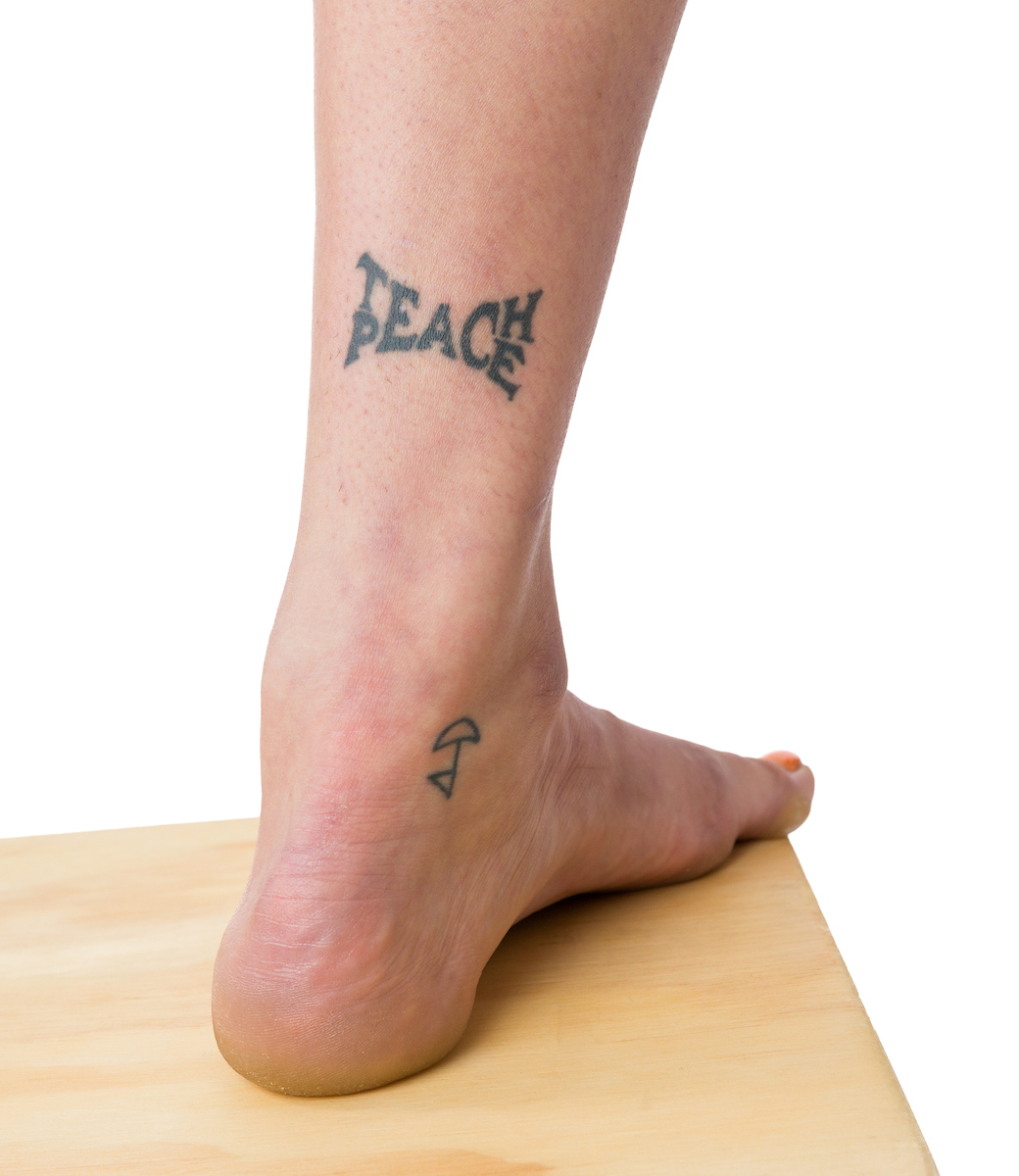 Von Gober got her tattoo two years ago, to signify her decision to become a teacher. “It’s a great motto to have,” she said. “As a teacher, you want your children to feel peace in the classroom. You want them to feel comfortable and able and capable.” For the last three years, von Gober has worked at the Children’s Center and would like to become a kindergarten or transitional kindergarten teacher in the future. 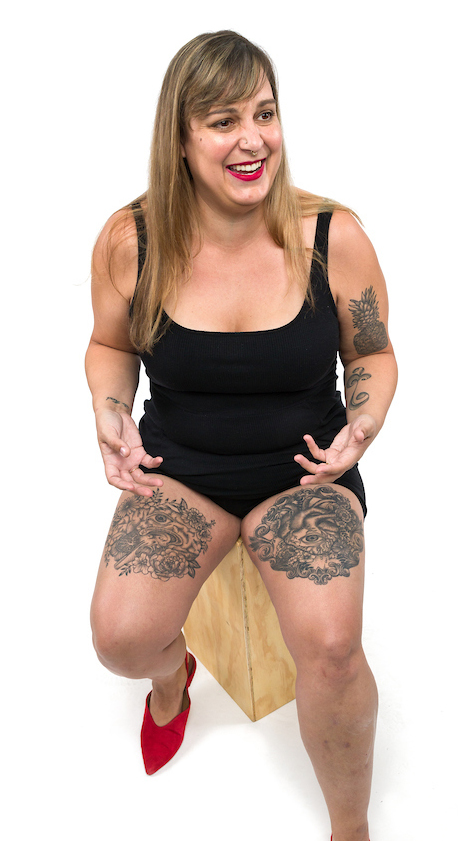 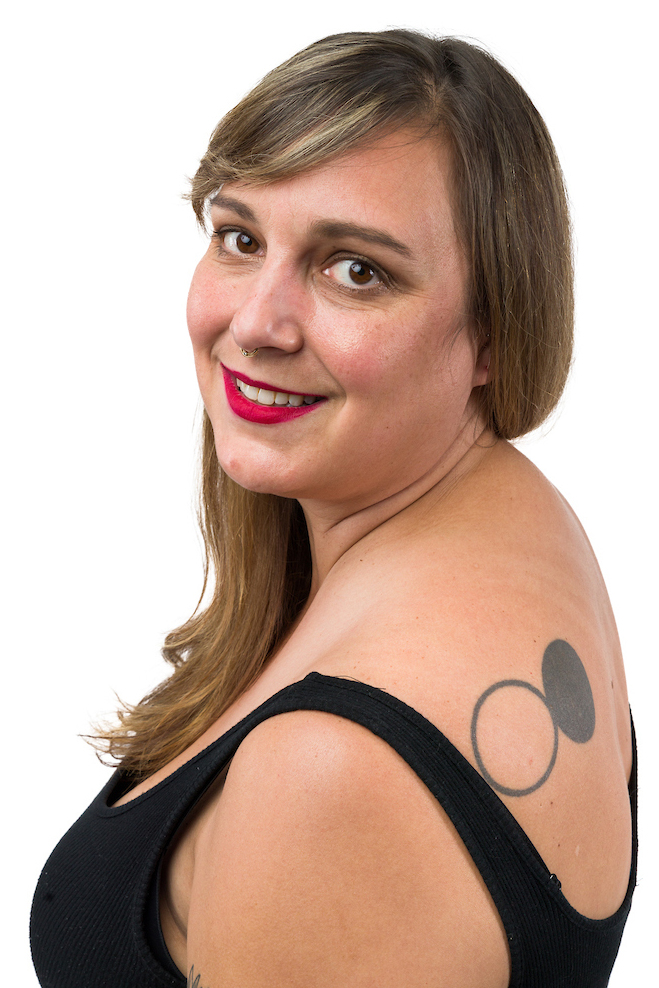 The two circles meeting at the boundary represent a visualization of the Gestalt therapy concept of connection and serve as a memorial to Park’s mentor, who passed a few years ago. The filled-in black circle represents Park’s mentor, while the blank circle represents Park. The anatomical representations of the brain and the heart signify the therapeutic process. “In therapy, we try to use both our heads and our hearts to help others,” she said. “We spend a lot of time navigating feeling and lived experience.” 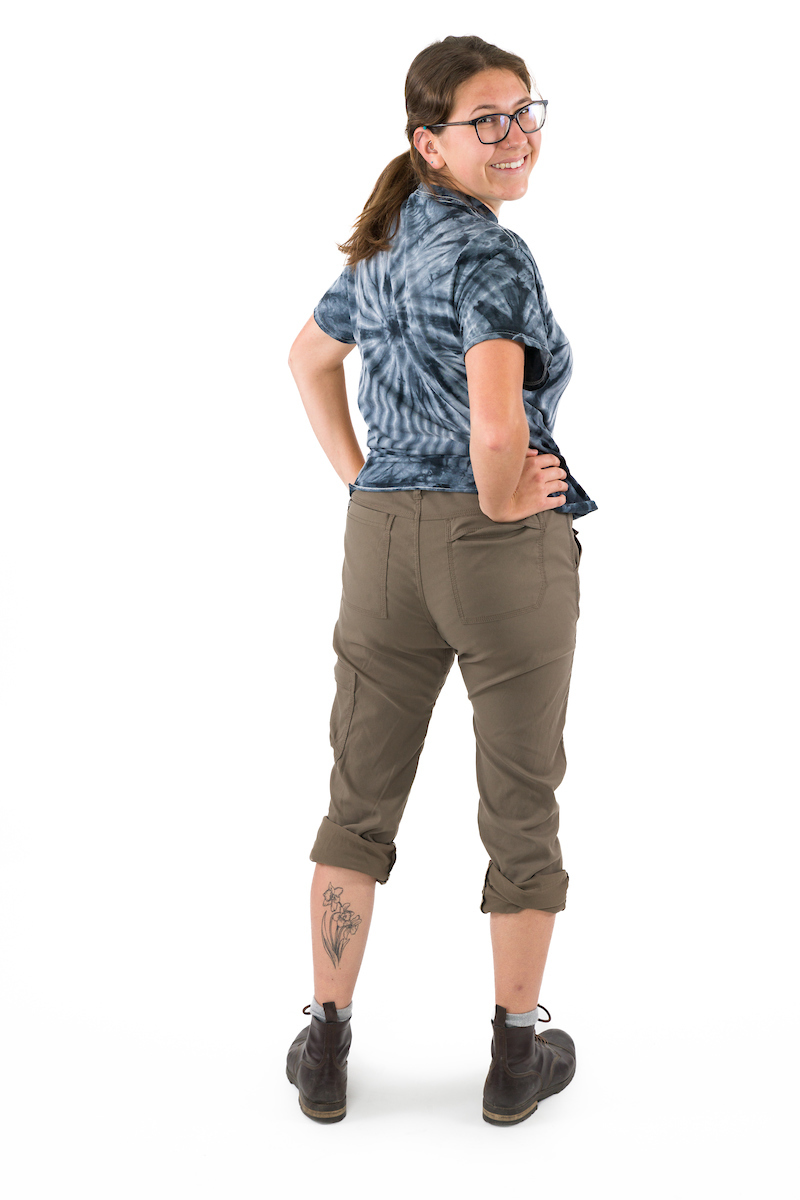 During the pandemic, Akemon, a former theater major, spent a lot of time at home helping her family in the garden. “I thought, ‘I could do this forever! Oh wait...maybe I can!’” and signed up for a new major. Last year she served as the flower fields manager for the Cal Poly Rose Parade Float team and fell in love with the idea of spending the rest of her life working with flowers. She loves the collaborative atmosphere she’s found on the float team. “I love working with plants and I love working with people,” she says. "I don’t want to do one without the other.” 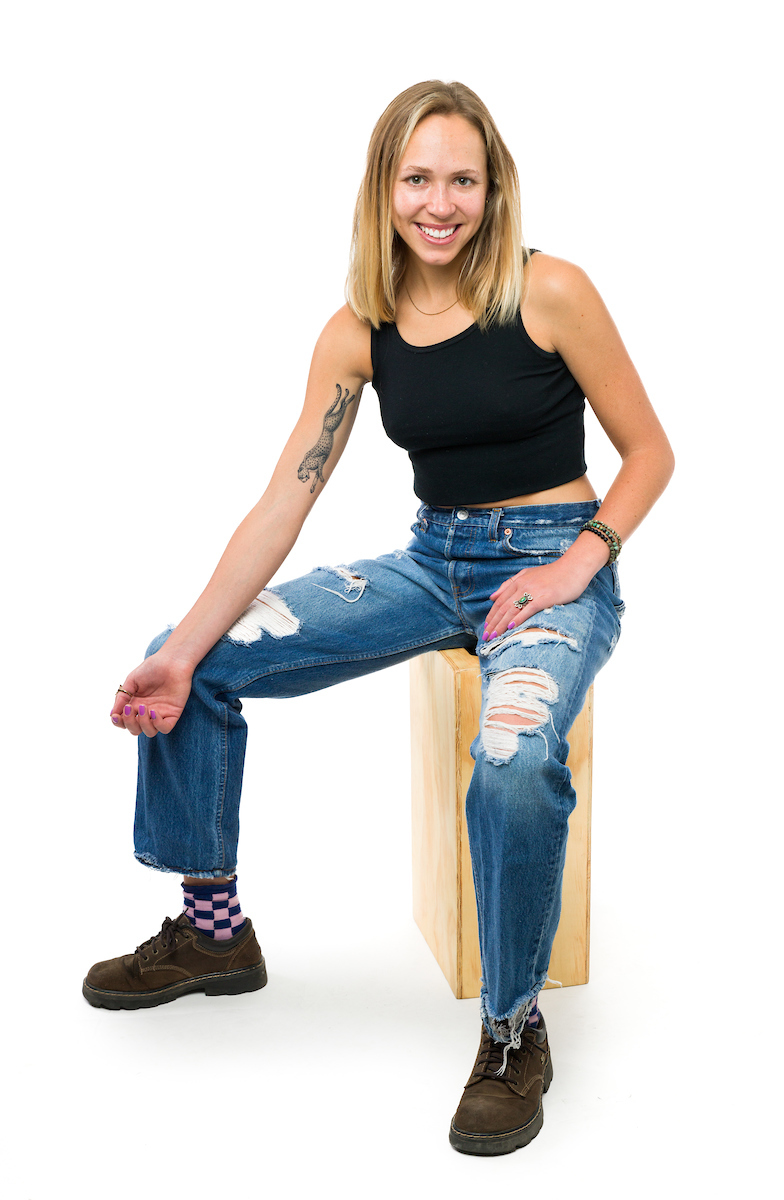 The running cheetah on Saik’s arm represents her inspiration for going into veterinary medicine: her grandpa. “He always used to say, ‘What kind of animal do you never want to play cards with? A CHEET-AH!’” she remembered, laughing. She added that her grandfather was a general surgeon and inspired her dream to become a surgeon and work with exotic animals. “This tattoo is a reminder to continue to pursue my dreams, no matter how long and hard the road may be.”

“As soon as I heard of it, I knew I wanted to be a molecular biologist,” says Black. Since childhood, he has been fascinated by the ability to manipulate genetic information to create and reshape life. Today he teaches molecular and cell biology and guides students through lab experiments in virology. His tattoo combines the iconic double helix of DNA and a snake, a traditional symbol of knowledge.