On a crisp morning in June, a group of outreach program participants from Lindsay High School met Cal Poly student mentors on the beach in Cayucos to search for shellfish.

Using a research technique called a transect, they methodically dug small trenches in a straight-line path from the beach to the ocean shoreline.

As they unearthed a variety of ocean critters from the sand, including clams, olive snails and crabs, the group observed where certain animals thrived in proximity to the tide. At the nearby tide pools, the high schoolers — some visiting the ocean for the first time — happened upon an octopus, tucked away in a den of rocks.

“It’s so fun and exciting to get kids out into nature playing with science,” said Marissa Bills, a master's student in the Marine Conservation Lab. She’s among several Cal Poly student guides facilitating the summer camps that brought dozens of Lindsay High’s juniors and seniors, referred to as Lindsay Learners, to the coast.

“People can come to the beach and have absolutely no idea the number of different organisms that they're literally standing on top of. They’ll look at the natural environment differently,” Bills said.

This summer’s breathtaking discoveries happened thanks to a new partnership between Lindsay High School, Cal Poly and the Santa Rosa Creek Foundation. It offers historically underrepresented students from the Tulare County community of Lindsay, 60 miles south of Fresno, exposure to marine science and college life.

During their days at Cal Poly, the Lindsay Learners dove into a long list of activities: observing sea creatures in touch tanks, kayaking in Morro Bay, learning about local sea otter and elephant seals, and spending a day at sea on the Patriot Sportfishing boat. After researching the topics and drawing from their own experiences, the high schoolers gave presentations on careers in the fields of oceanography, fisheries, marine ecology, marine conservation, and aquaculture.

“Campers gained a new appreciation for careers in marine science,” said Nikki Adams, a Cal Poly biological science professor and program manager for Lindsay outreach. “And by staying in the dorms along with camp activities and workshops, they got a sense of what college life is like and that dramatically increased their interest in attending college.”

The Lindsay Learner field trips and camps required months of planning and coordination through the efforts of Cal Poly's Learn by Doing Lab Instructor Jenny Cruz. Cruz handled logistics and closely collaborated with Adams, Chance Hoellwarth, director of CESAME, and their student ambassador team to help make the program possible. 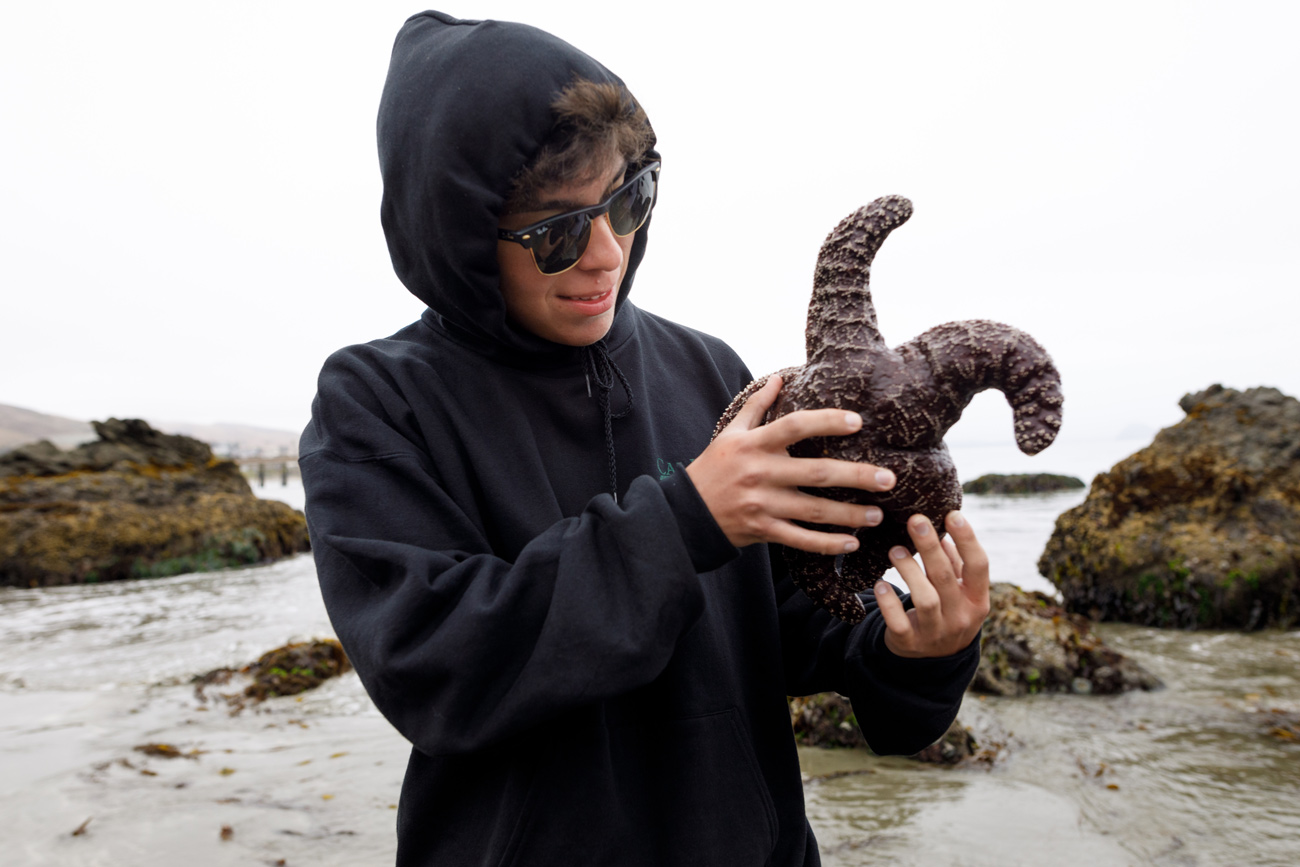 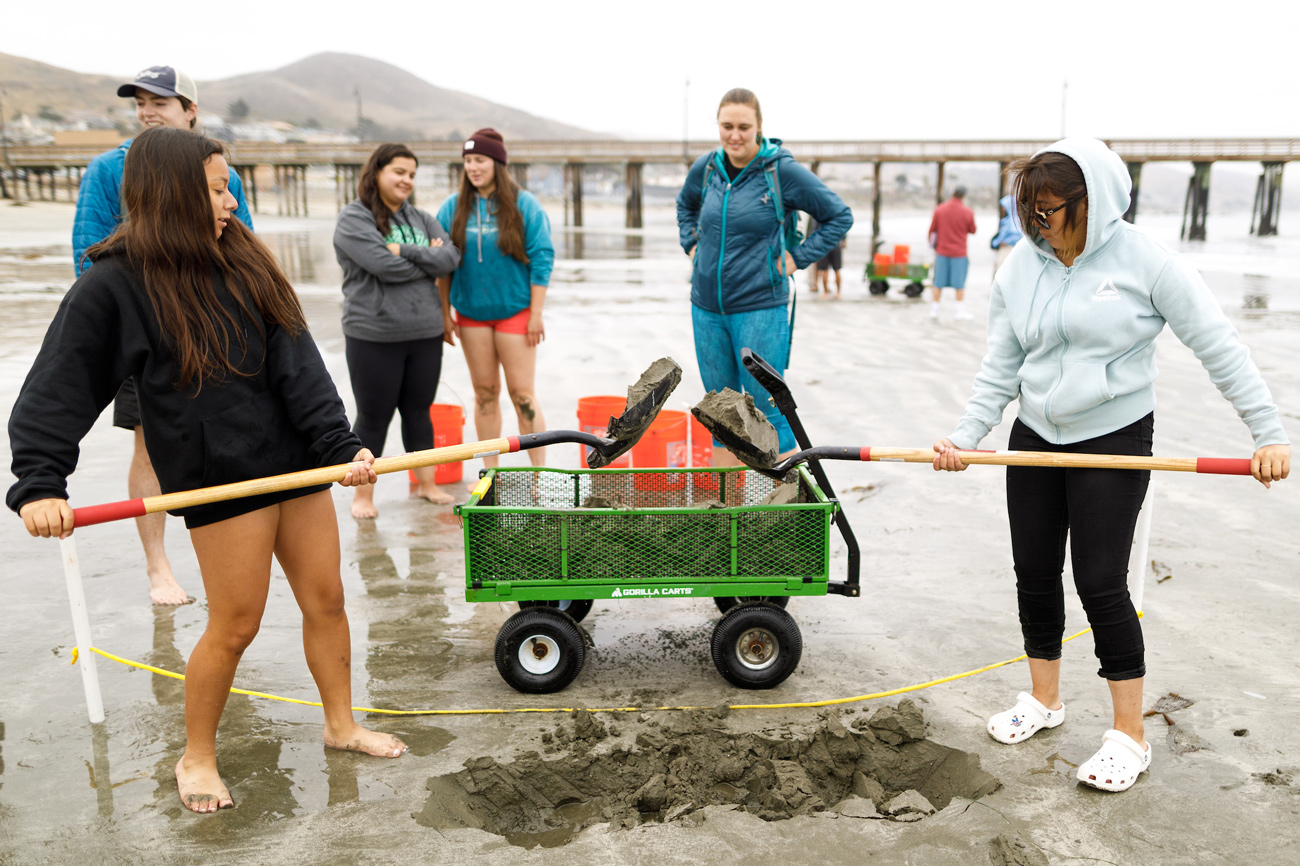 Lindsay Learners plot a transect on the beach, noting what creatures appear closest to the shoreline. 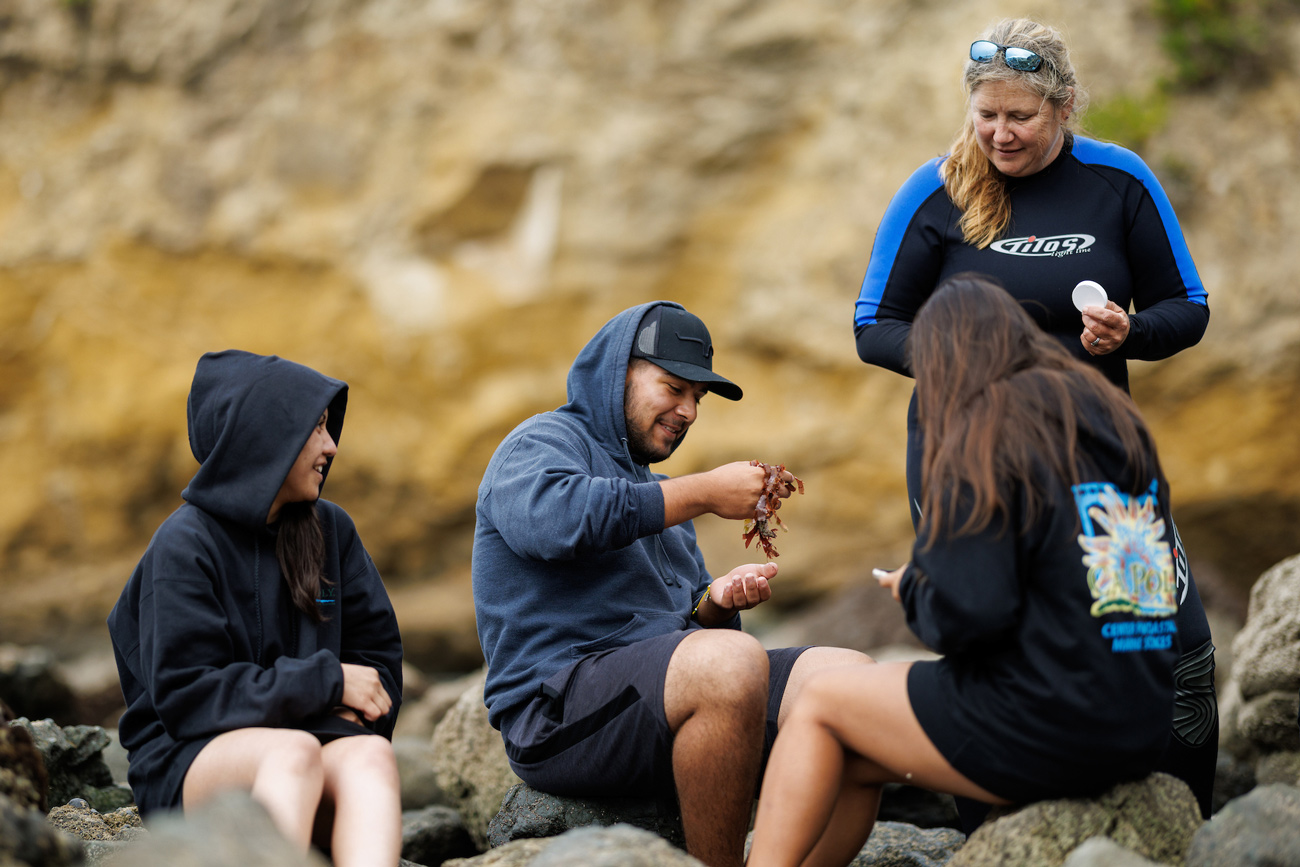 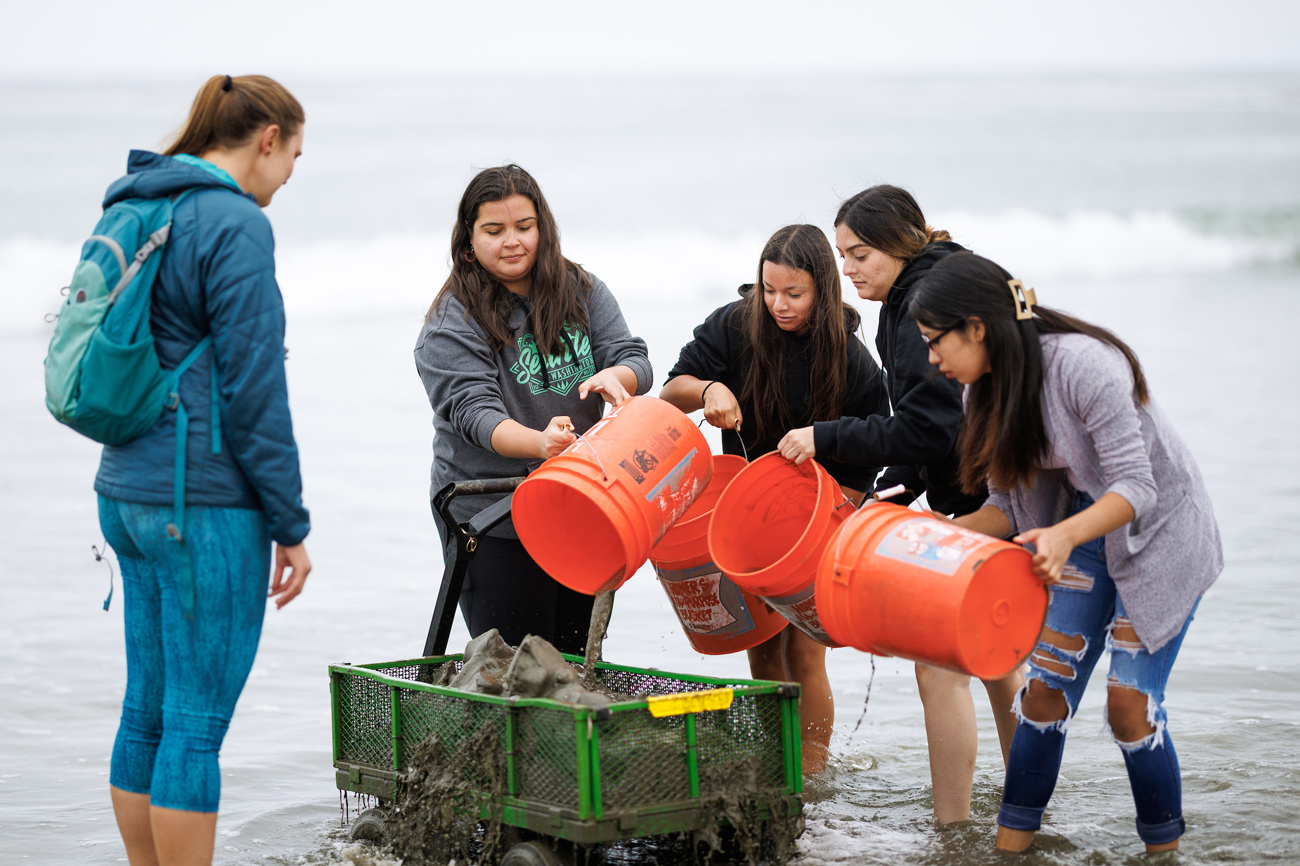 Lindsay Learners filter sand from the tidal zone to search for shellfish in Cayucos. 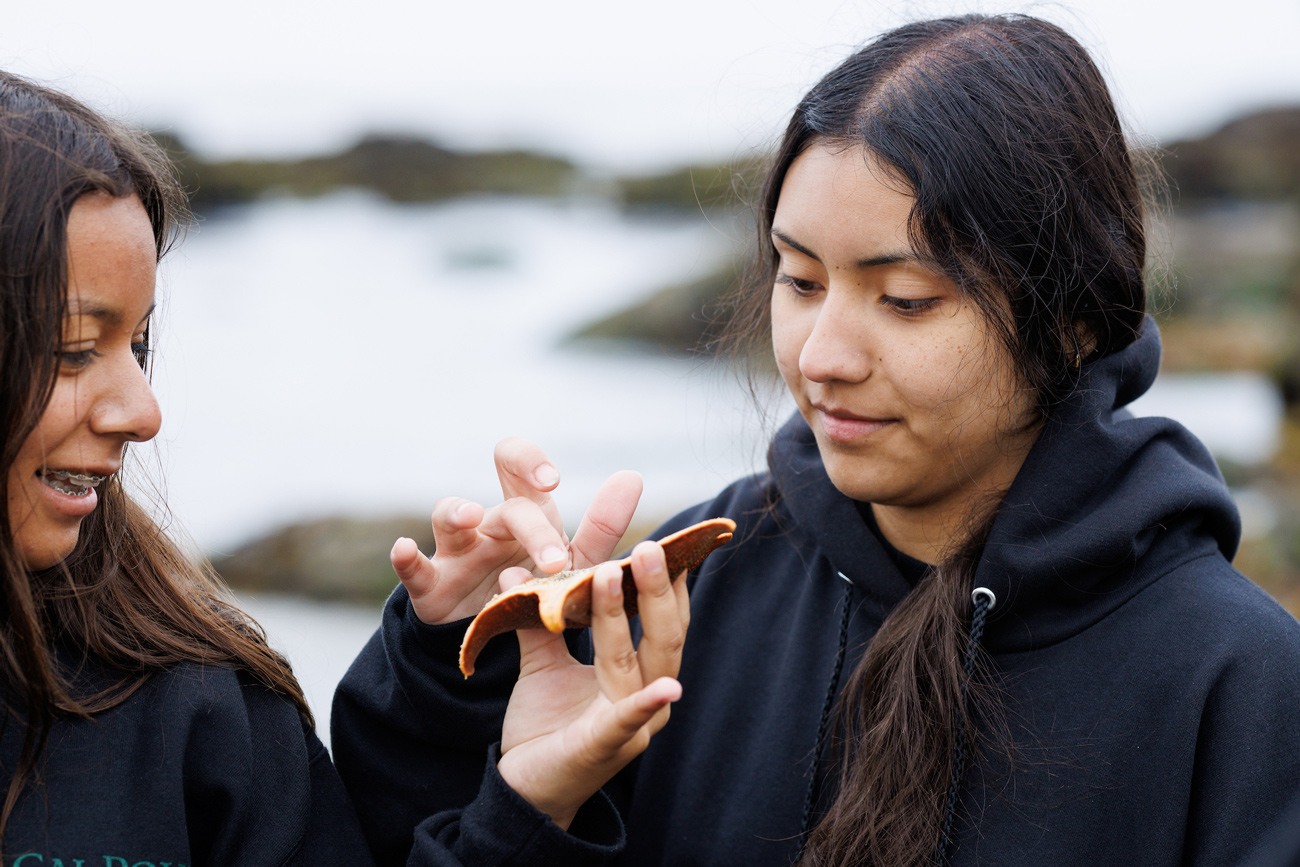 Lindsay High School juniors and seniors took part in the multi-day summer camps, including trips to the beach. 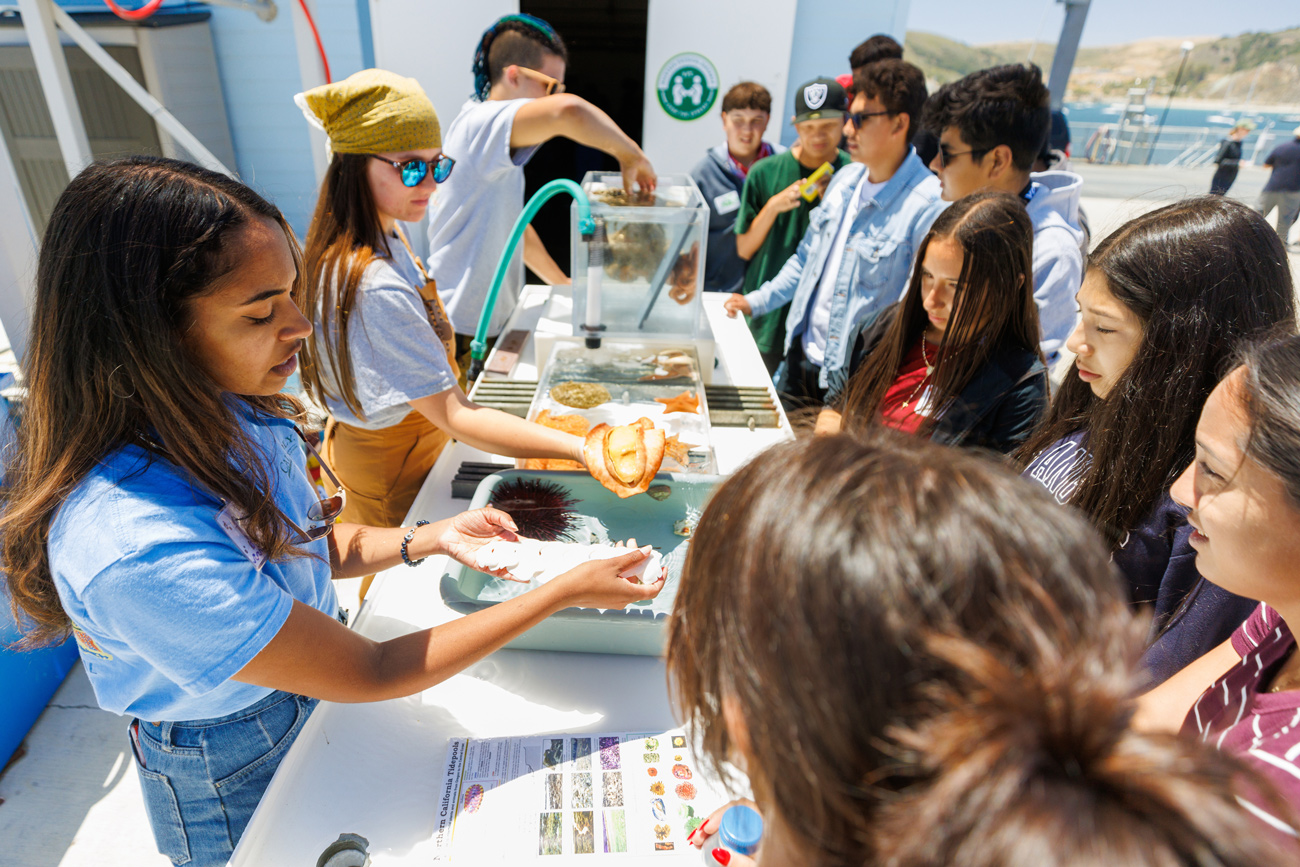 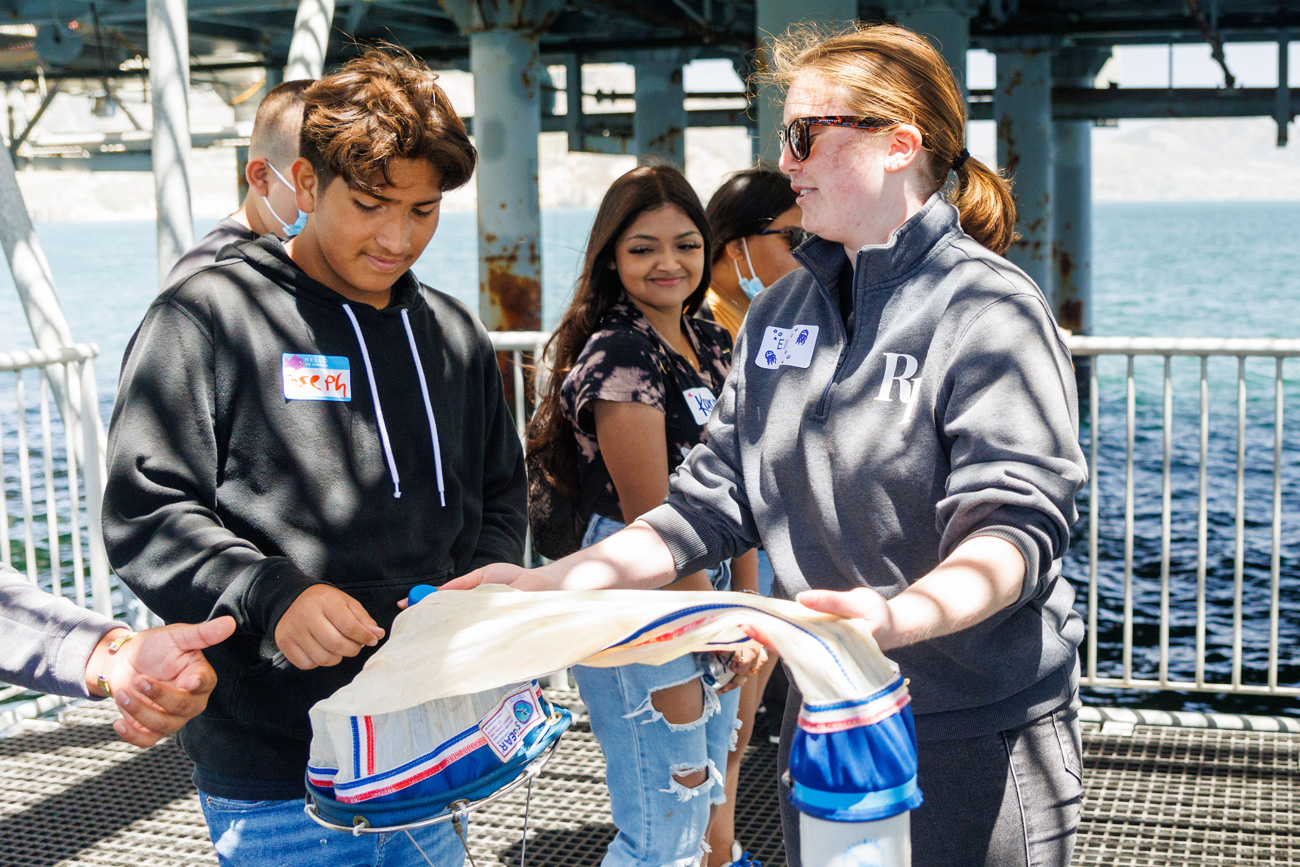 During a tour of the pier, students practiced capturing sea water to observe plankton. 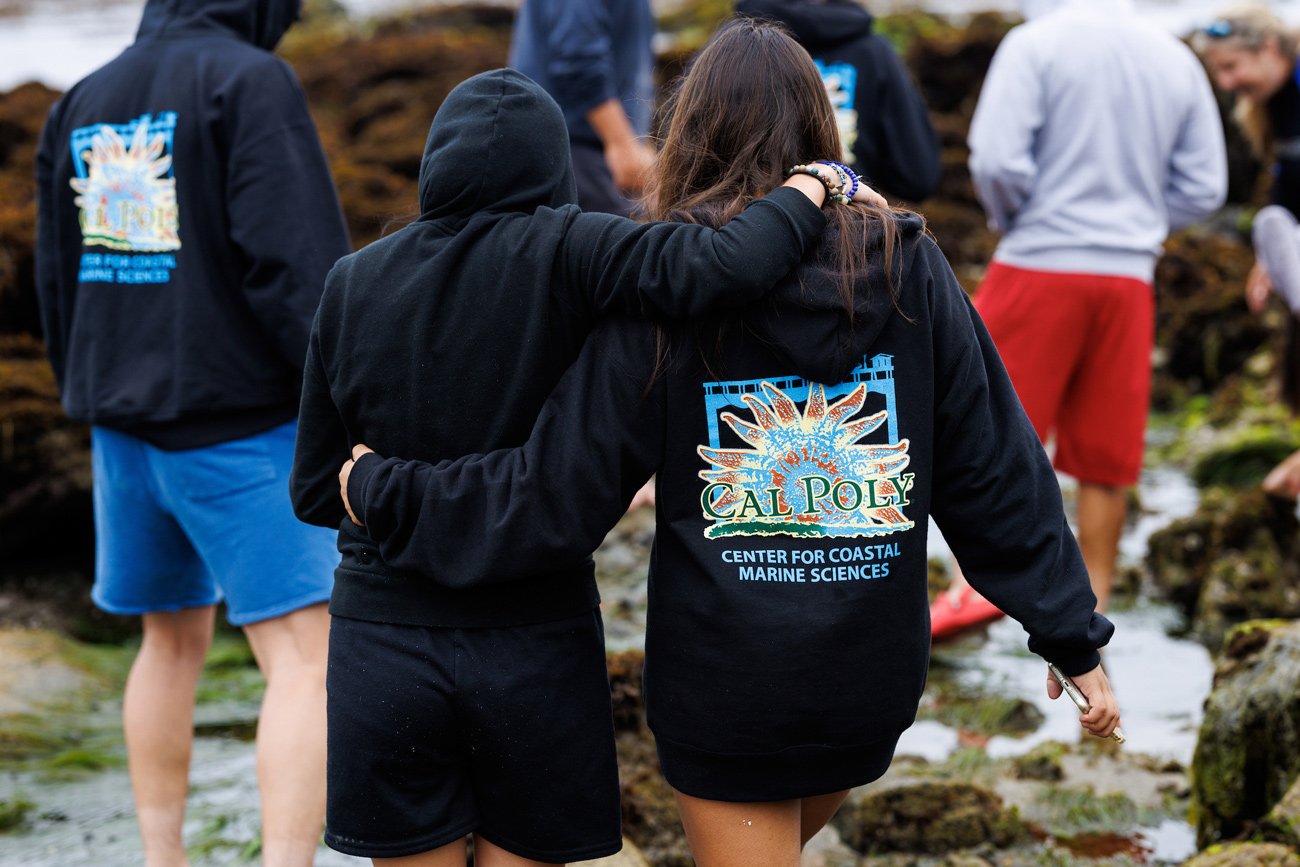 Some high schoolers visited the ocean for the first time during the summer camps and tours.

Elizabeth Acevedo, a Cal Poly computer engineering student, served as a resident adviser for the program.

“My role was staying in the dorms with the students and helping them feel welcome and safe during their stay,” Acevedo said. “I had the opportunity to get to know these students' stories, goals, and struggles.”

Acevedo, whose parents were born in Guanajuato, Mexico, said she was able to offer her perspective as a child of immigrants and help encourage them to achieve their dreams.

“I was able to be a role model for my students and show them that although we come from a low-income community, are the first to go to college in our family, and took on the weight of taking care of our parents or siblings — anything we set our mind to is possible, and we are more than capable of accomplishing our goals,” Acevedo said.

Lindsay students at the summer camps included those interested in marine biology, as well as some leaning toward engineering or chemistry, said Ashley Adams, a camp guide and biological sciences master's student who’s researching the impact of microplastics on oysters.

“The whole goal is for them to obviously see our marine science programs but if they are interested in other majors, we can talk about that,” Ashley Adams said.

“One of the Cal Poly student mentors, Gillian Douglas, told me ‘I never thought about being a teacher and I love outreach,’” Nikki Adams said. “She said, ‘I want to help you with every outreach event from here on out.’”

About the lead photo: Ninth graders from Lindsay High School meet a lobster during a tour of the Cal Poly Pier in May.