As 2021 comes to a close, we’re taking a look back on some of our favorite news stories from the past year. Here are five of our top stories from 2021, and five more you may have missed. 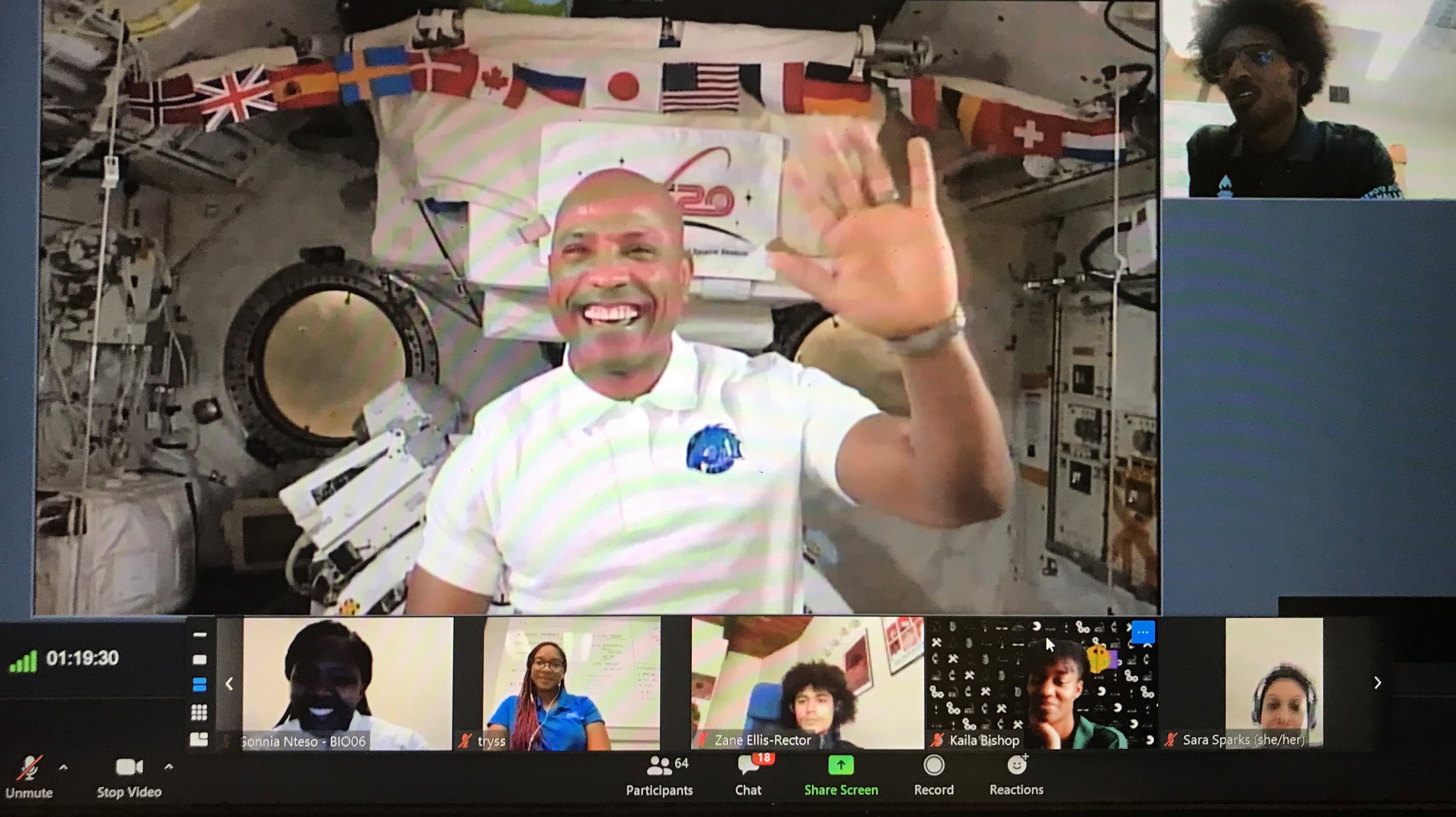 While aboard the International Space Station in January, NASA astronaut and Cal Poly alumnus Glover took some time out of his stellar schedule to Zoom with members of the National Society of Black Engineers (NSBE) and others.

“I’ve been waiting for this all day!” he beamed — sometimes speaking upside down — as he floated in a microgravity environment. 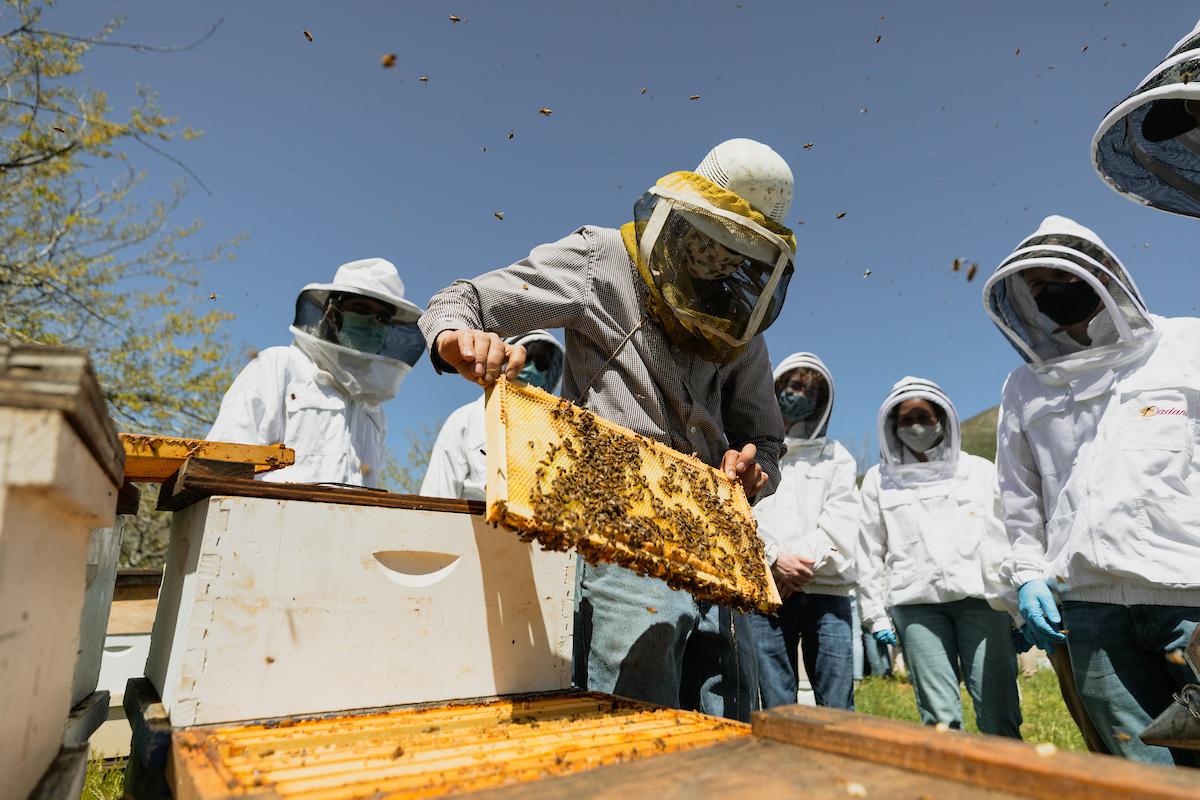 One of the buzziest classes at Cal Poly, beekeeping attracts students from all different majors, many of whom start trying to sign up for the class during their first year.

“This class is the epitome of Learn by Doing,” said Patrick Frazier, one of the class’s instructors. “We’re in the hives, we’re actually handling the bees and learning how to take care of them. It doesn’t get more hands-on than this class.” 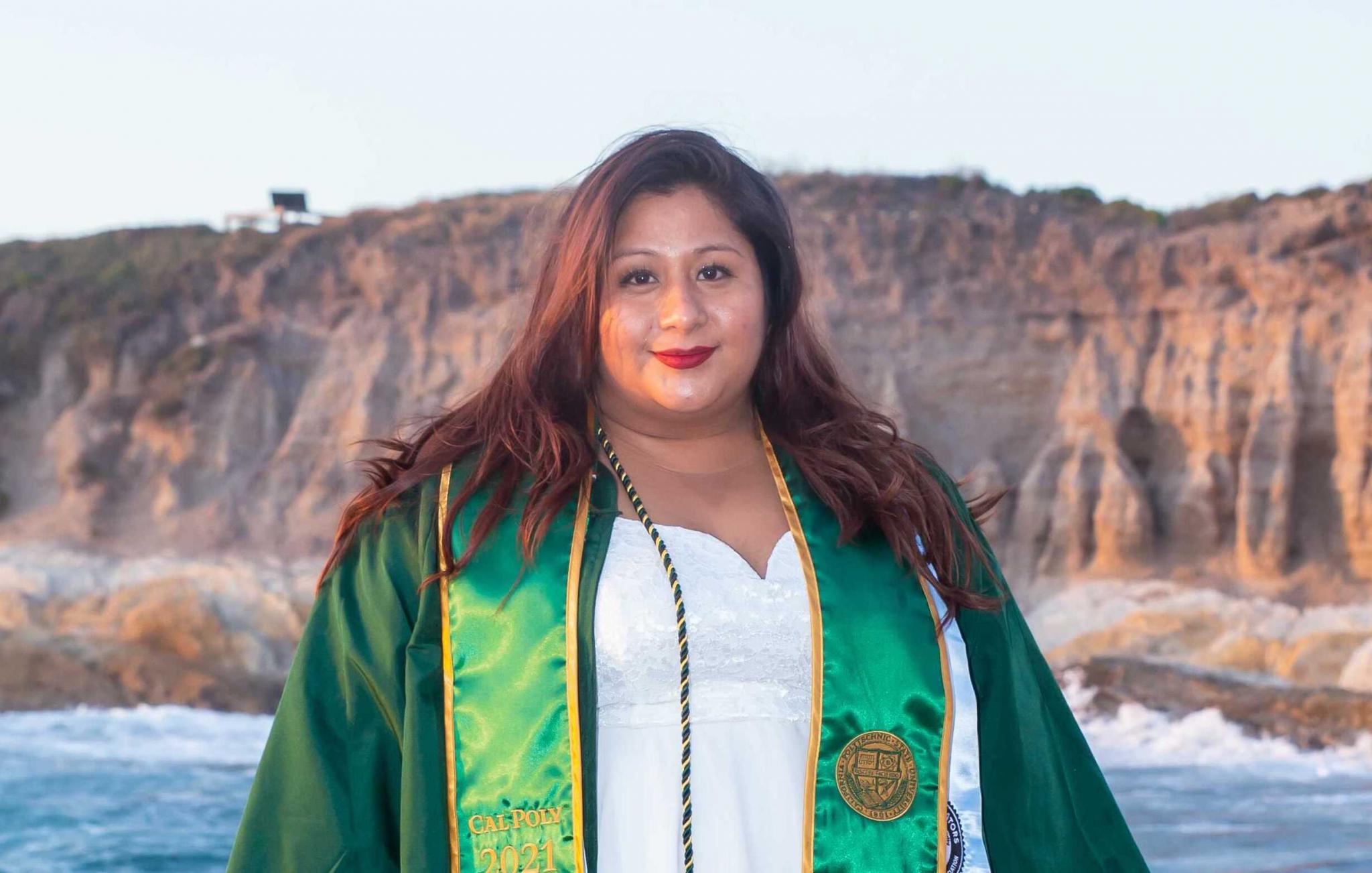 For single mom Francisca Camarillo, the challenge of finishing college while working full time will all be worth it as she uses her new degree to help her community.

“I know that the future is brighter because of education," she said. “I’m going to make a difference.”

Computer engineering senior Tae Kim balances his studies while simultaneously serving as a biomedical equipment technician in the Army Reserve.

“When we are talking about veterans, we’re talking about leaders on this campus,” said Kari Leslie of the Center for Military-Connected Students . “They’re leaders. They’re mentors, and they are really proud of the fact that they are here at Cal Poly and are a part of this community.”

5. At Student Furniture Competition, Unique Lamps, Tables — And a Chair You Can Wear 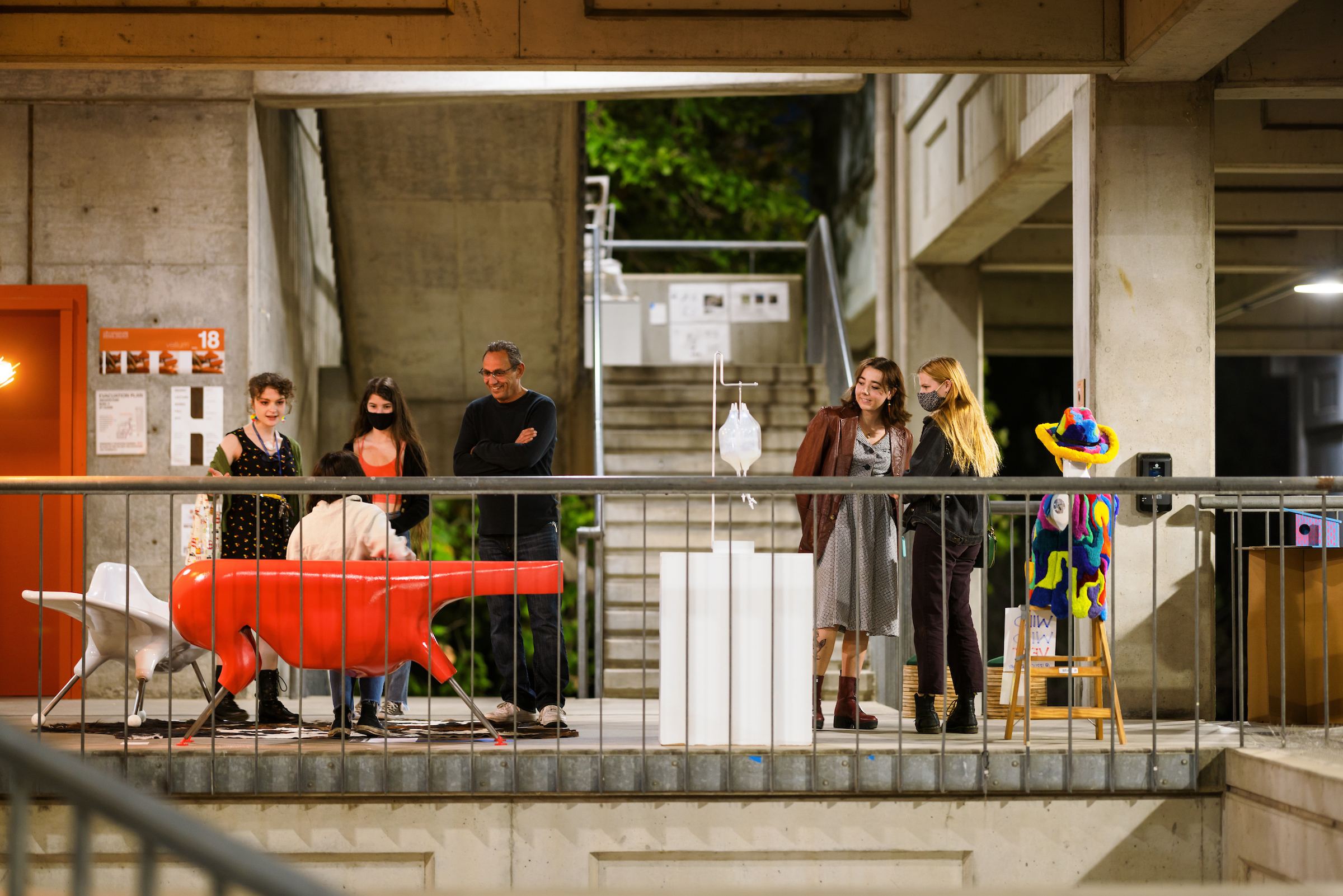 In early November, the stair court in the Cal Poly Architecture building transformed into a gallery space for hundreds of one-of-a-kind furniture design projects, including functioning seesaws and a hydroponic table.

“Making furniture has taught me a lot about the discipline of architecture — the translation from drawing to building, and how tolerances and friction in materials that you might not anticipate can change your design and how you need to adapt for that through the build,” said competitor and fifth-year architecture student Munira Aliesa.

Stories You May Have Missed

They’re cute, they’re furry, and they start diving into frigid Antarctic waters at 2 weeks old. According to a new Cal Poly study, Weddell seal pups may be one of the only types of seals to learn to swim from their mothers.

“Most seals don’t get to learn anything from mom, so we wanted to know what are the important lessons that they need in this extremely cold environment,” said Cal Poly biology professor Heather Liwanag. 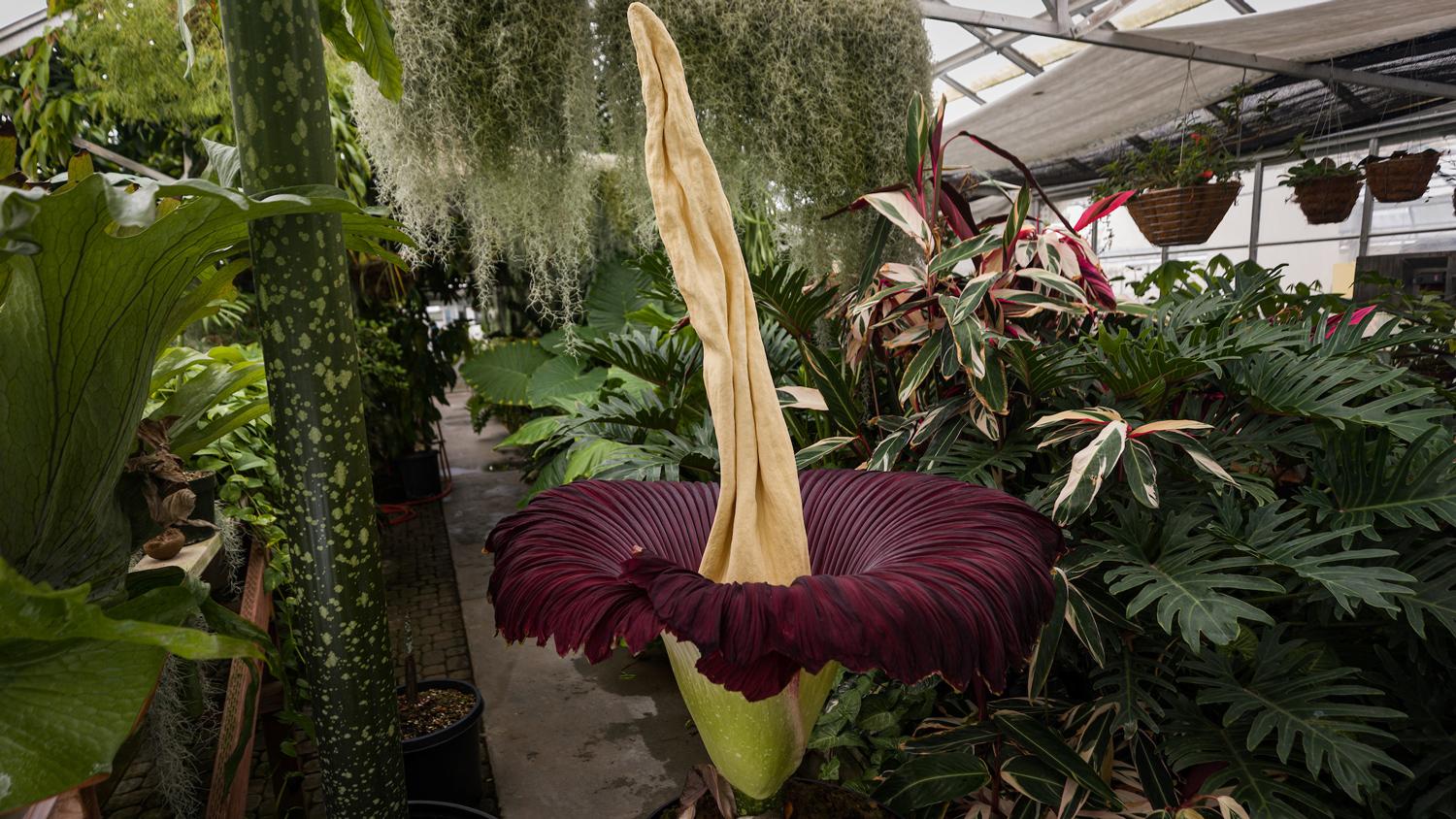 This summer, for the second time in as many years, something unexpected happened at the Cal Poly Plant Conservatory: a corpse plant bloomed. Even rarer? This one blossomed for the first time at nearly 18 years of age.

“It’s a late bloomer,” said biological sciences Professor Matt Ritter, the conservatory’s director. Ritter said he germinated the plant from a seed in the winter of 2003, when he first became a professor at Cal Poly. It was one of the first plants to grow in the conservatory.

3. Keep Clam and Carry On 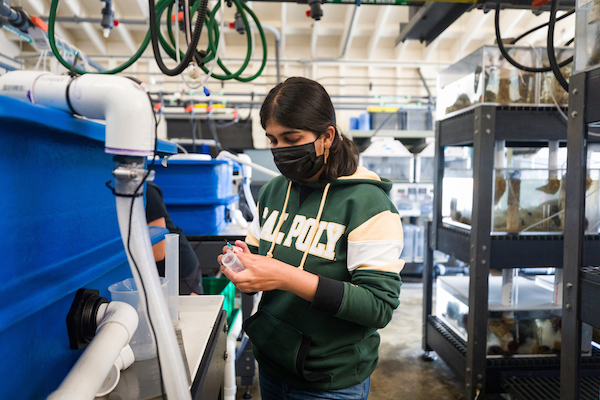 The last time anyone could buy a bowl of chowder made with Pismo clams on the Central Coast was 70 years ago. A group of Cal Poly researchers wants to make that a reality once again — and change the future of local fisheries in the process.

If the team is successful, “There could be local commercial production of Pismo clams,” said Marine Sciences professor Ben Ruttenberg. 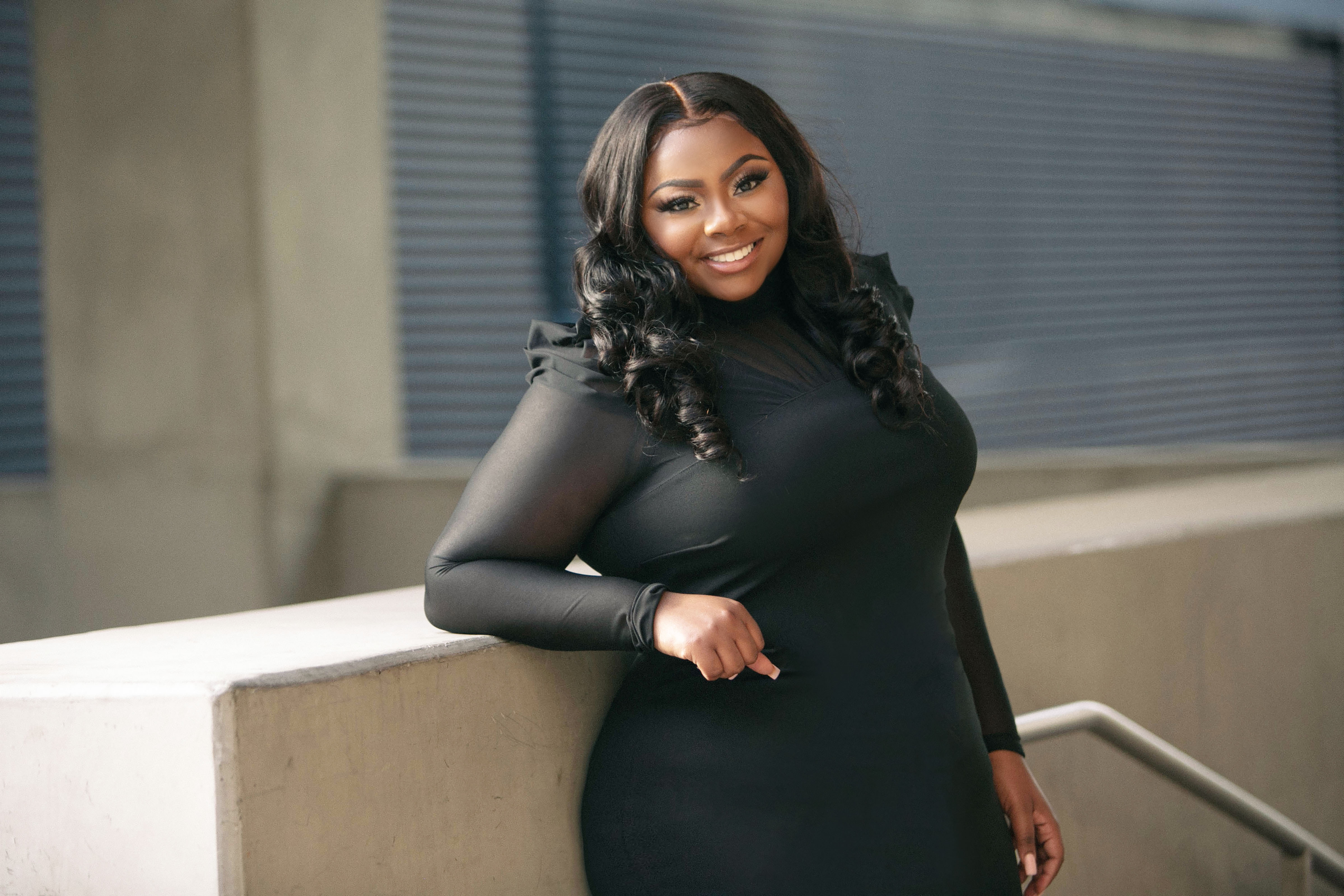 For a second year, a community-funded scholarship is helping underrepresented Black students find their place at Cal Poly.

“It's huge for me,” said fifth-year architecture student Jordan Greenfield. “Scholarships like this allow me to succeed going forward, focusing on my studies and not having to worry as much about the financial aspect.”

5. Transfer Students Help Each Other Adjust to Campus 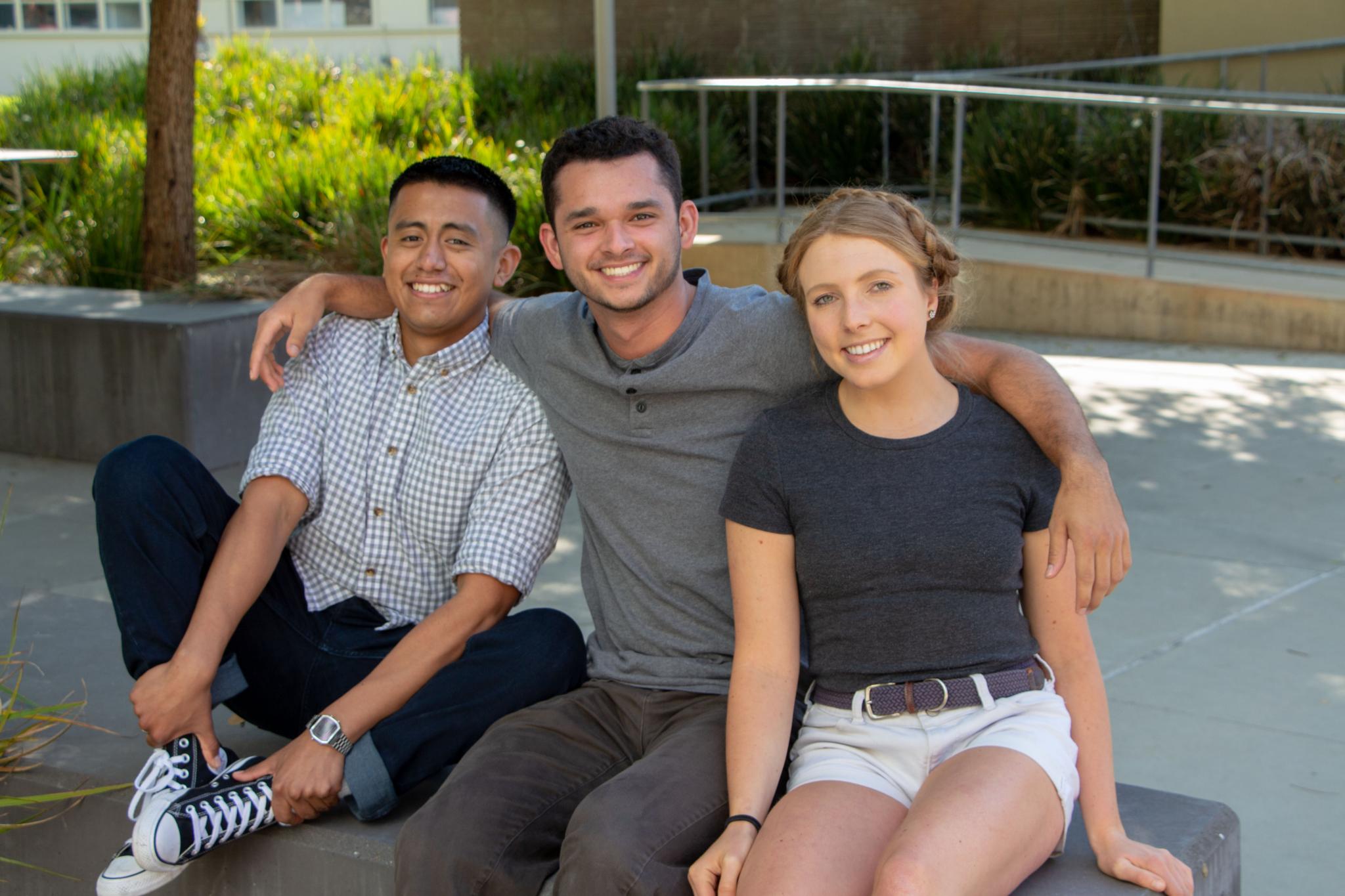 Transferring to a new campus from a community college can be intimidating. That’s why some transfers choose to join Transfer Academic Coaches and help incoming students succeed.

“I’ve always been passionate about education and student success,” said Jorge Coronel, a fifth-year agricultural business student and transfer from Allan Hancock College in Santa Maria. “The transfer coaching role was a perfect fit for me as an opportunity to help.”