The curriculum provides you with a broad understanding of aerospace engineering as well as principles of engineering, physics and mathematics. You will also choose to concentrate on either aeronautics or astronautics.

Laboratories are available for course work and research projects in:

The aeronautics concentration focuses on the design, building and testing of aircraft and related systems and includes courses in low and high speed aerodynamics, flight performance, propulsion systems, aircraft dynamics and control, wind tunnel testing and aircraft design. The concentration will prepare you for work in flight sciences, control, systems engineering, aerodynamics, structures and propulsion. Our students typically move on to careers with the major aircraft producers including Boeing, Lockheed Martin and Northrop Grumman or with the launch vehicle and missile manufactures including Raytheon, Pratt & Whitney and launch integrators such as NASA and ULA.

Aerospace engineering majors are able to participate in a blended program where you can earn your bachelor's and master's degrees at the same time.

There are two blended programs available to aerospace students and requirements are different for each program: 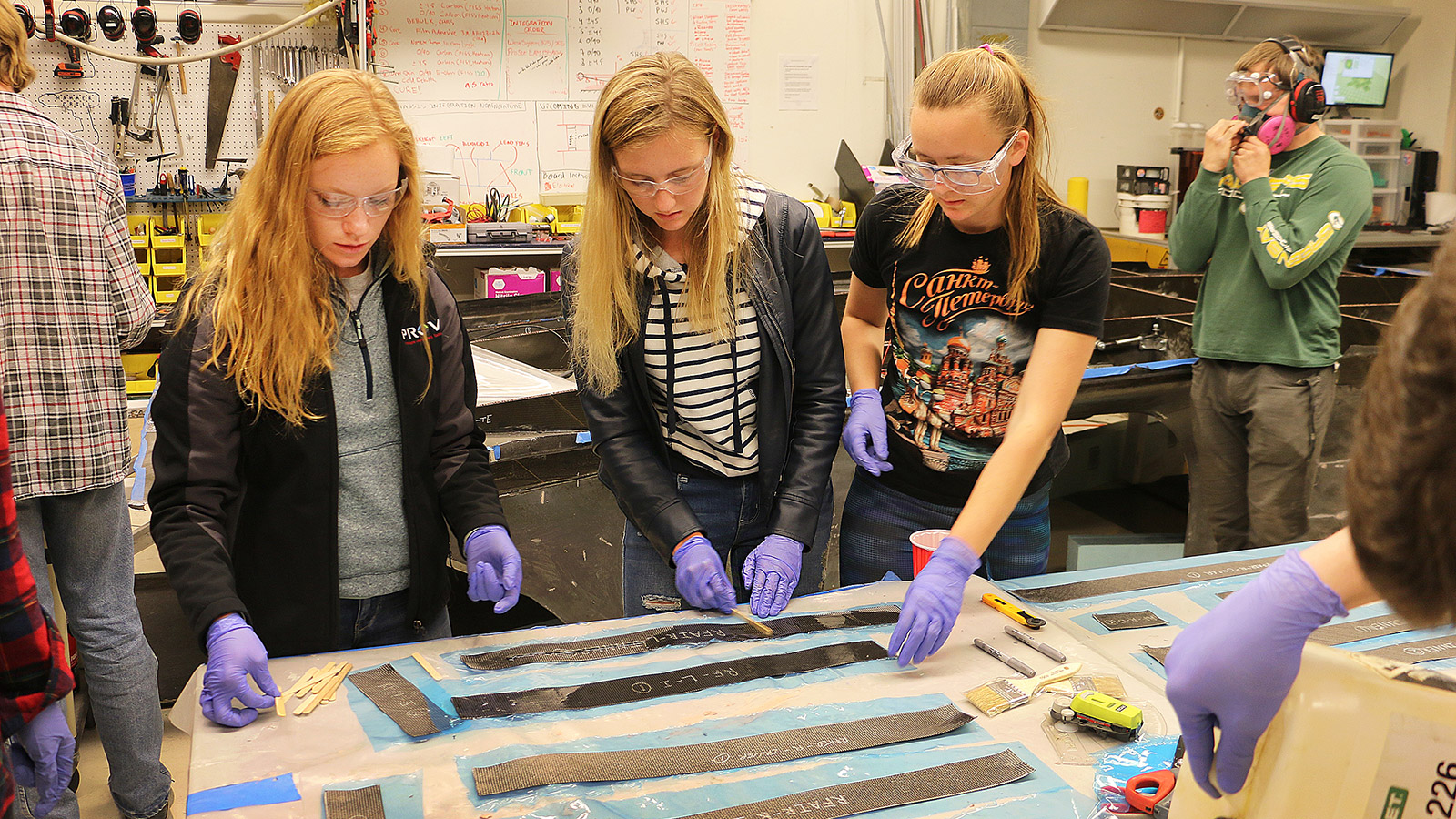 Aerospace engineering prepares you to create more efficient and economical solutions for aircraft, spacecraft and related systems and equipment such as drones and satellites.

While your studies will include math, physics and engineering concepts, you will also learn how to design, build and test aircraft, spacecraft and other machines that fly or orbit. The program focuses your studies on your own interests and career aspirations by allowing you to choose between an aeronautics or astronautics concentration. The degree program is accredited by the Engineering Accreditation Commission of ABET.

From exploring space in the PolySat lab to inventing the future of transportation in our Protoype Vehicles Laboratory, much of your time will be spent engaged in hands-on learning. Industry partnerships throughout California, including nearby Vandenberg Air Force Base, allow you to make connections and utilize real-world technologies. You are able to develop expertise in solving complex problems and the capability to drive innovation in the areas of aeronautics and astronautics.

Cal Poly Space Systems designs, builds, launches, recovers and tests their limits as they work to fly a rocket to the edge of space and then successfully recover it.

Aerospace Engineering graduates are employed in industries whose workers design or build aircraft, missiles, systems for national defense or spacecraft.