The Cal Poly team competed against 46 other university teams from throughout the U.S. and countries such as Canada, the Dominican Republic, Ecuador, Egypt, Malaysia, Mexico, Turkey and Romania.

Of this group, 12 undergraduates participated in the competition. Jenna Williams, graduate student and, past EERI seismic design competition team captain, served as this year’s chair. 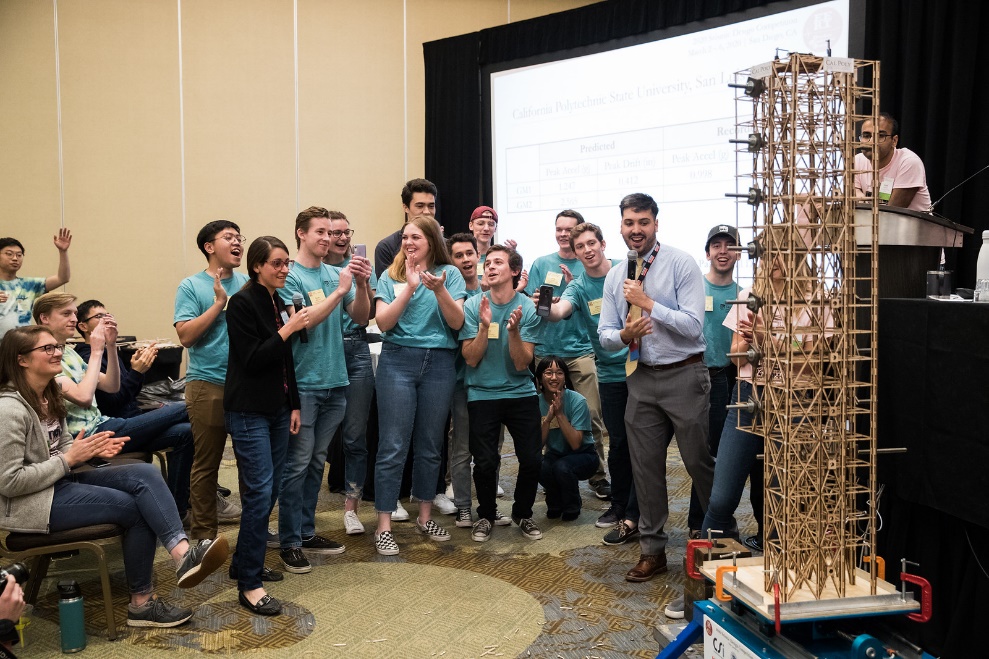