Students developing a device to harvest water from the moon and Mars advanced in the national competition.

For the second straight year, a team of Cal Poly mechanical engineering seniors has advanced to the semifinals of a NASA challenge to develop a device to harvest water from ice on the moon and Mars that could pave the way for extended manned space missions. 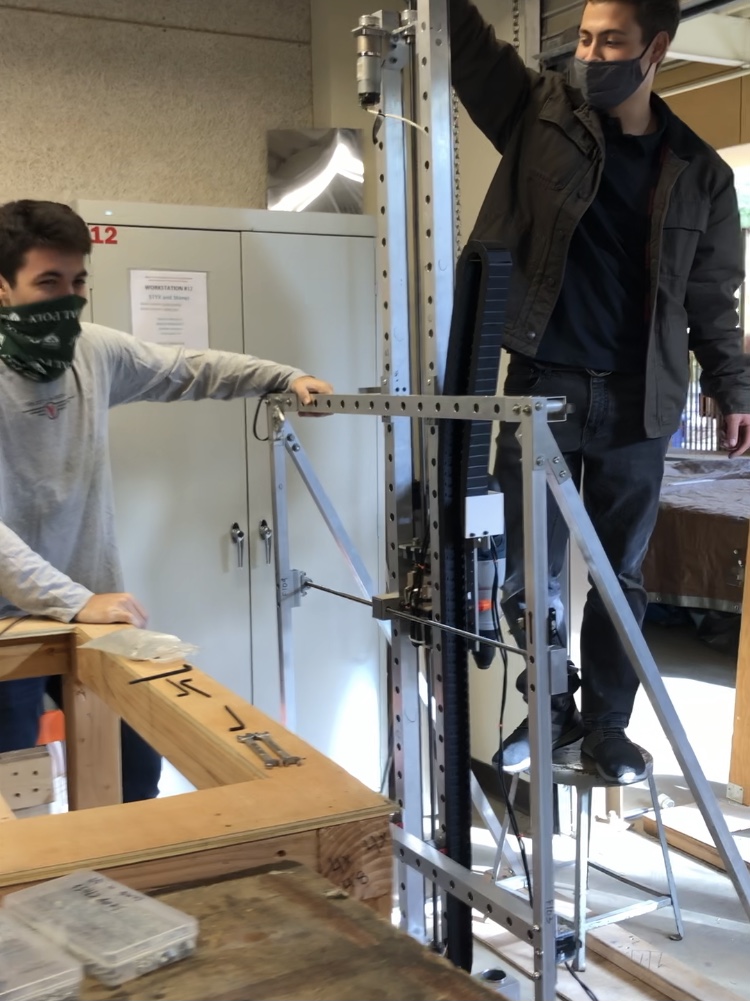 NASA and the National Institute of Aerospace announced that Cal Poly was among a dozen teams from universities across the nation named to the next round of the 2021 Revolutionary Aerospace Systems Concepts — Academic Linkage (RASC-AL) Special Edition: Moon to Mars Ice & Prospecting Challenge. The finalists will design, build and test prototype systems capable of extracting water from ice deposits buried beneath simulated lunar or Martian soil.

The Cal Poly entry is named Sub-lunar Tap Yielding eXplorer and Surface Telemetry Operations and Next-generation Excavation System, or STYX & STONES, in the 2020-21 challenge. It is just the second time the university has entered the competition.

“I am extremely proud of all of the members on this team,” said student project manager Michelle Leclere, a fourth-year mechanical engineering major from Roseville, California. “Everyone is excited to participate in this challenge because it provides a chance to work/network with NASA engineers and engage in an extremely technically challenging project. Many of the students on our team are also interested in pursuing a career in aerospace/space exploration.

To learn more about the Moon to Mars Ice & Prospecting Challenge, visit: http://specialedition.rascal.nianet.org/.