A Cal Poly architectural engineering faculty member was honored for excellence and innovation in teaching by the American Concrete Institute (ACI), a leading professional organization in the global concrete industry.

Anahid Behrouzi is the 2021 recipient of the ACI Walter P. Moore Jr. Faculty Achievement Award, which recognizes new faculty members for how they teach concrete design, materials or construction. She has been at Cal Poly since 2016. The ACI Board of Direction bestowed the honor specifically “for blending new technologies, hands-on experiences, and storytelling to motivate students and to make concrete design concepts tangible.” 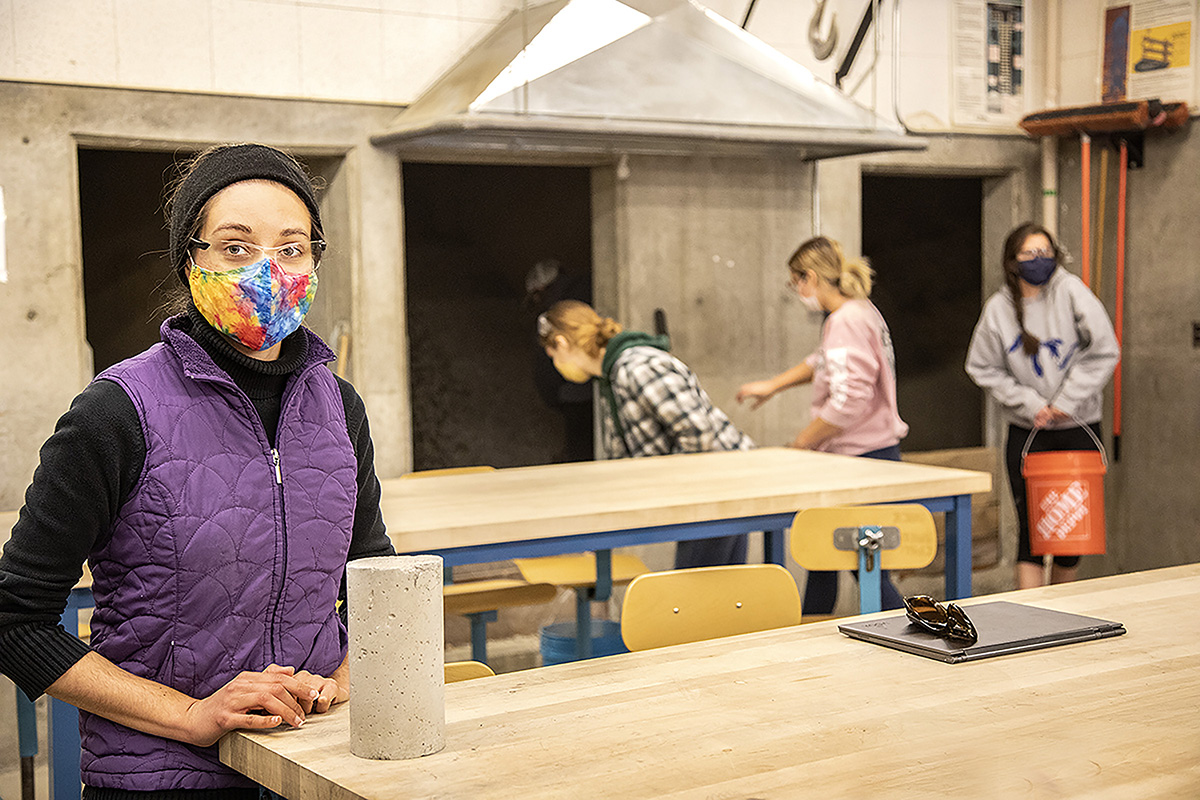 The award acknowledges educators who have taught for less than seven years and takes its name from the late Walter P. Moore Jr., an ACI Fellow, former ACI Board member, and structural engineer and educator in Texas.

“This is a terrific honor for Anahid,” said Al Estes, Architectural Engineering Department head in Cal Poly’s College of Architecture and Environmental Design. “She has received national-level recognition from several professional societies in her four years at Cal Poly. We are all very proud of her and these outstanding accomplishments.”

The American Concrete Institute, a nonprofit technical society and standards-developing organization, likes to say it is laying the foundation for the modern world. Its knowledge and codes have empowered engineers to meet the demands of a changing world through consensus-based standards, technical resources and educational, training and certification programs.

“Teaching reinforced concrete design has been a longtime passion sparked by my very first large-scale experiment of concrete bridge columns for the Alaska Department of Transportation conducted at North Carolina State University during summer 2011,” Behrouzi said. “I will never forget the first time I got to operate a 20-ton crane in the lab, tie the rebar cage and help pump concrete for the column caps.

“Since then, I have sought out every opportunity to build and break concrete of any scale —cylinders, beams, walls — to engage others in the excitement of hands-on research and improving earthquake safety of our built environment.”

Education professor Megan Guise won the Faculty Innovation and Leadership Award from the California State University in acknowledgment of her contributions.

Professor Aydin Nazmi is one of four faculty members from across the CSU system to earn the Wang Family Excellence Award.

No. 1 Ranked Architecture Program in the Nation

Design Intelligence names Cal Poly as the top architecture program in the nation.